The brand new Easter Show Main Arena evening entertainment showpiece The Wild Ride of Cobb & Co has been wowing show goers every night, and two of the performers are David and Peter Kelly from Upper Horton.

At the Royal Easter Show The Wild Ride of Cobb & Co rode into town, welcomed by NSW Premier Barry O’Farrell.  Brett Parkinson was part of a parade of horses and coaches, which wove around the Harbour and through The Rocks. 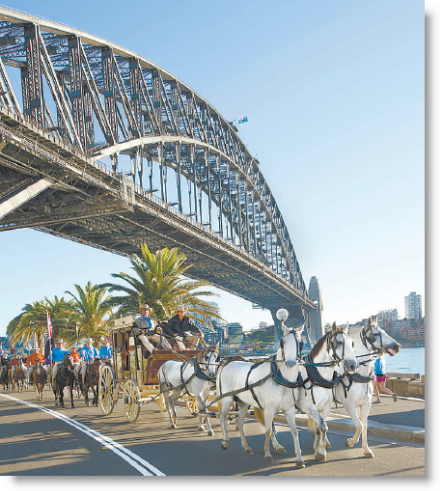 The Wild Ride tells the story of the legendary Cobb & Co transport company and pays tribute to the hundreds of men and thousands of horses who braved Australia’s rugged outback to deliver the mail, gold, passengers and goods, and were always on time.

Peter King, Chief Executive of the Royal Agricultural Society of NSW (RAS), says the production provides a thrilling view of Australia’s history and an inspiring display of traditional bush skills and horsemanship to a Sydney audience.