Warialda recently hosted the 2019 Zone 8 Jamboree, where 85 riders from Garah/Boomi, Bingara, Upper Horton, Warialda, Collerenebri, Gurley, Gravesend, Moree and Mungindi competed at the event, often referred to as the grand final of the Pony Club year.

Bingara was in excellent form, claiming many major awards at this year’s Jamboree. 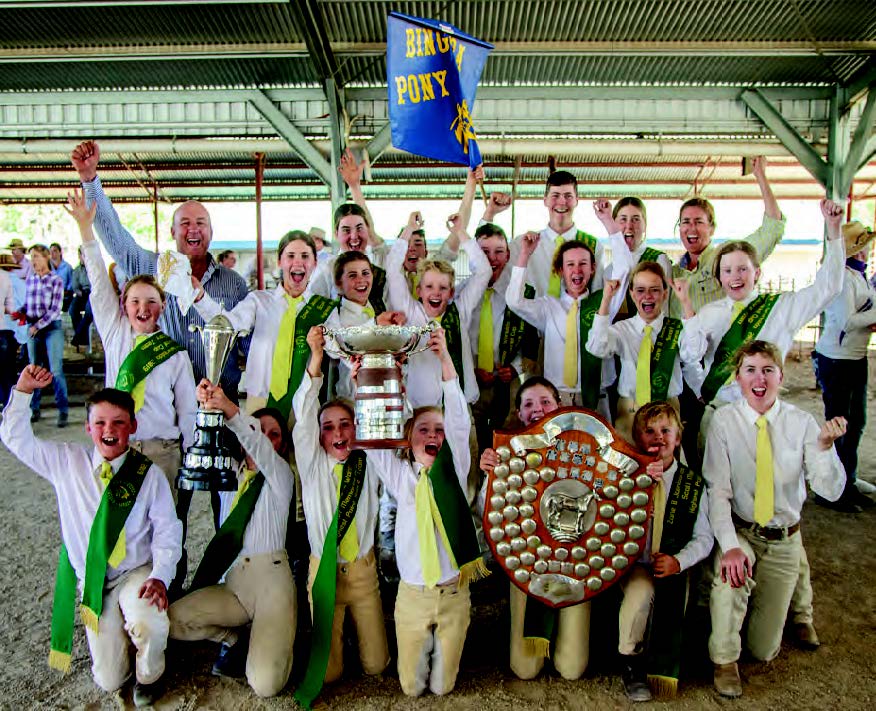 Margaret Chamberlain, a life member of the Warialda Pony Club, returned this year to help run the event and spoke with the Gwydir News. “The Jamboree is very important as the children don’t get much experience outside the Zone to compete against the other clubs” said Mrs Chamberlain.

“Jamberoo is about the team, it is a team event, where the main focus is not on just the child but as the whole team and that is what we try to instill in them.”

Beverly Basham, also a life member to the Warialda Pony Club, also commented about the values and skills that Pony Camp and the Jamboree taught the young riders. “Horse riding is about family participation because they’re travelling around and coming as a family; secondly, it teaches them responsibility, as they have to be responsible for their horse and their gear, not just here at camp but every day at home, they have to keep their horse fit, healthy and presentable; and thirdly, it teaches them how to get along with other children.”

“It levels the children as well because once they get to the top of their age group, they move up in age group and have to start from the bottom again,” added Mrs Basham.

Despite the numbers being down due to the drought, the children had a fabulous time competing.

“It was good fun, bit tiring but good to be with everyone and ride again,” said Bingara rider, Digby Munro. “It’s good socially as you can be with your mates, you meet other riders from other clubs and when you’re riding, it’s better to be a team and the more people you can compete against, the better you can work together as one club.”

Clare Seery, committee member of the Gravesend Pony Club were really pleased with the standard of the Gravesend riders at the Jamboree since they had four riders away from the event, competing at Nationals. “We had a fabulous camp with 72 kids in total and 9 troops,” said Clare. “The Jamboree is always fantastic; there’s always great team spirit amongst the clubs and at the end of the day everyone is really great and show great sportsmanship.”

“Warialda has done a fabulous job running the Jamboree in very trying circumstances when it is so dry and the men are so busy keeping stock alive so everyone has done a great job,” added Clare.

The Warialda Committee would like to thank all their Warialda Pony Club members, life members, coming and assisting, the Clubs in the Zone who assisted running the Sporting events, all the riders, the Zone representatives that provided help and the judges who came from outside the Zone to judge the Showjumping, Hacking, and Dressage.