Weather clears for another Opera triumph

After an anxious few days of watching the weather forecasts, Opera in the Paddock went ahead on Saturday in perfect weather.

A smaller crowd of about 600 people were treated to a program of music and operatic singing in the casual atmosphere of the paddock at Mimosa, Delungra.

For the second year, the program was performed at Lazenby Hall on Friday night. This may have an affect on the numbers at Delungra.

Former Bingara resident, Martin Hansford, who has handled the Sound Production since Opera in the Paddock’s inception in 2002, was again in charge of sound.

Hostess and driving force behind Opera, Peter Blyth, was high in her praise for the young performers who shared the stage with her. 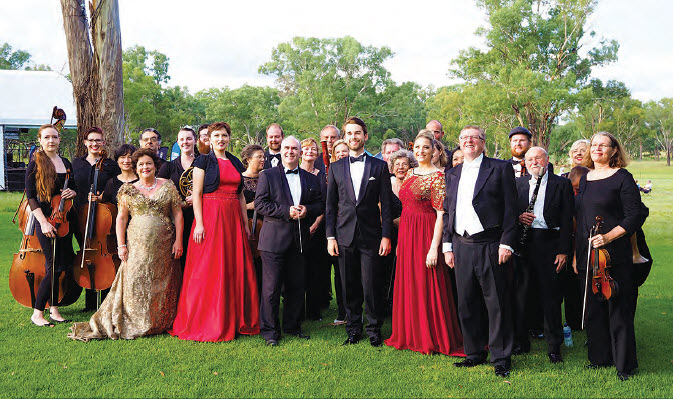