“Well hello Dolly!” Thank you for making our twine shine!

Four days of fun and activities at The Living Classroom last week left a lot of ‘smiles on dials’ and ‘skills in fingers’. Auntie Dolly Jerome from Tenterfield was in town and she engaged with over 150 people from Preschoolers to seniors.

Through funding from the Department of Education for Bingara Preschool, Dolly delighted the littlies on Wednesday with a range of indigenous arts and crafts. Grinding and mixing coloured ochres led to drawings on the cement paths and then face painting.

Next it was morning tea followed by boomerang throwing with Dolly and her husband Uncle Paul and then planting of native grasses around the dam. The children were delighted, and with all of that activity plus some running around the lawns under the warm sunshine meant that there were a lot of sleepy little munchkins by the end of day.

On Thursday it was the Primary kids turn. They began with a bit of language of ‘country’ learning about the emu and their unusual chick raising habits. Next the challenge was weaving, but not just with the ready- made products. The students had to first make their twine from the leaves of plants like Lomandra, Bull Rushes and Yuccas. Stripping the coatings from off the leaves revealed the stringy sinews within the leaf. This was followed by twisting and knotting to make the cords and string smooth and pliable and then weaving, fashioning a useful product. This all involved the learning of new skills.

Auntie Dolly was always clear and concise in her instructions and told the kids “Don’t come to me to say you can’t do it … try it and you’ll get better … then come and show me what you have achieved!”

After just a short time most of the little fingers had fashioned a leaf into a cord, and then woven a cord into a bracelet. The lesson was as basic as it was traditional, practical skills using natural fibres and fingers to fashion a useful and fun thing. “Now that you know how to do it,” Auntie Dolly said, “You have to show five other people how to do it!”

On Friday, it was the turn of the Secondary Students. Their day involved a little extra skill. The children learned the art of string making, boomerang throwing and then progressed onto traditional weaving. Many pieces of jewellery were produced as well as grass skirts and yabby traps. The students and teachers learnt a lot about how things were done in years gone by and how to apply these skills and attitudes to everyday living. The lessons learnt around ‘understanding culture and respect for those around you’ were invaluable and enjoyed by all who attended.

On Saturday, 35 grown-ups from across the Shire, with a few little kids in tow, tried their hand at the weaving crafts. Again they had to start with the raw materials to make their weaving cords. It was a great session of craft with some storytelling and a little bit of indigenous knowledge and wisdom thrown in.

The four days were enjoyed by each and all of the participants. It is hoped that Bingara and The Living Classroom will say ‘Hello Dolly!” again soon. 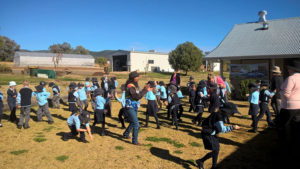 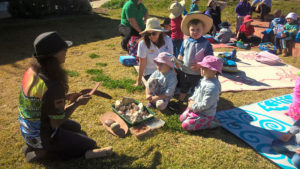 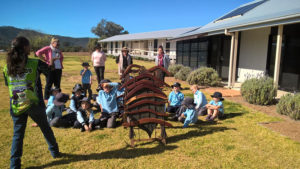 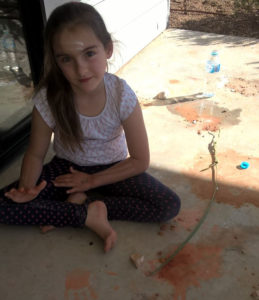 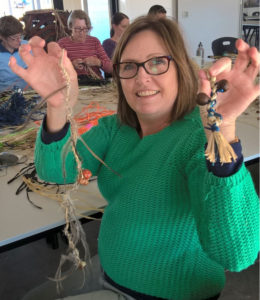 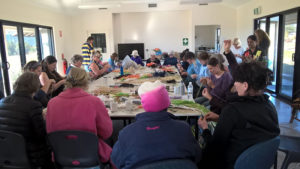