BingaraLatest NewsNorth West Theatre CompanyWhat’s so special about “Shadows” at the Roxy?

What’s so special about “Shadows” at the Roxy?

It has been a long time since ‘live’ theatre has been seen at the Roxy in Bingara. In fact, ‘live’ shows have suffered more than most recreation activities across the Australian arts landscape, and around the world. To be fully effective, ‘live’ shows require an audience, and to have an audience requires that people gather.

Rules covering gatherings under Covid19 have been relaxing, but to produce a play, also means planning, auditions, rehearsing, set building, costuming and makeup as well as all the technical and housekeeping requirements.

The North West Theatre Company based at the Roxy Theatre in Bingara is proud to be one of the first theatre companies to be ‘back into business’, and their production of Josephine Carter’s play “Shadows” will be performed in the Roxy Theatre this November.

The NWTC has once again combined its talents with the Bingara Lion’s Club to present four performances of “Shadows” each combined with a meal. The two evening performances will be on Saturday’s November 14 and 21 at 7:15pm and the two matinees on Sunday’s November 15 and 22 at 12:15pm. All tickets are $40 and the price includes the show and the three course meal. 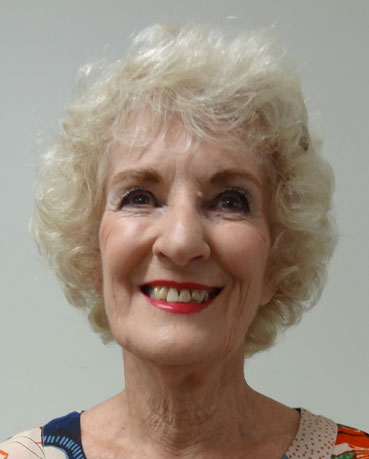 “Shadows” in a comedy drama with a touch of mystery. Erica Strong (Lee Loudon) is a senior woman living alone in her big family house. She is seen sitting in her favourite chair in a large room surrounded by clutter and memories. There are two other people in the room, shadowy figures who speak with Erica but seem to be fixed in the background.

Erica’s three adult children enter, Susan (Tanya Heaton), Anne (Robyn Phillips) and Martin (Rick Hutton). They are here to discuss Erica moving into a home, but she wants nothing to do with it and reveals several family secrets as she stubbornly refuses to consider leaving. Several other characters played by Linda McDouall, Frances Bilsborough & Garry McDouall interact with Erica who staunchly ‘digs in her heels’ and seemingly will not budge.

How will the story play out? Well, you will have to be in the audience to find out. The entertainment will begin with the play and conclude with the delicious meal.

The true beauty of ‘live’ theatre is that the audience can select exactly what they want to watch. Unlike television and film where the Director and the Editor select the scenes for you, ‘live’ theatre is a panorama, where your eyes and ears are drawn to certain words and sights but you choose exactly what you watch and hear.

See if you can read the clues in the storyline and discover the truth behind ‘Shadows’ before the end of the play. And after the show is over, and all is revealed, enjoy a hearty meal with your fellow audience members and the cast and crew, and share the special moments of “Shadows”.

Bookings can be made ONLINE or through the Bingara Visitor Information Centre on 6724 0066.

Patrons are reminded that Covid19 rules strictly apply so Bring Your Own drinks and glasses and allow fifteen minutes before the show to select your dinner table seat before taking to your booked theatre seat.