Good rainfall has been welcomed across much of the reading area over the past week. After years of below average and record-breaking low rainfall, 2020 is off to a promising start.

Whilst some areas have watched others receive dam-filling falls, most regions have had at least 25ml. Better falls were recorded across the Keera, Myall Creek and Upper Bingara areas with isolated falls of up to 97ml recorded.

Local Bingara man, Robert Kilmore, was in the right place at the right time to record the start of the flow into Halls Creek, Bingara. The video, which was posted to Facebook, quickly went viral and appeared on ABC and Channel Seven news.

Local cattle farmer, Rhonda King, was pleased to share a picture of her father in the rain with 10 Daily. Channel Ten’s news and entertainment website featured some exciting before and after photos of farms across NSW. Rhonda’s father, Alf King, was first photographed at the foot of a dry dam on his property, capturing the attention of media and The Little Juddies, who were prompted to provide support to Bingara farming families. The updated version of the scene was a welcome relief.

Rhonda King captured the relief of her father Alf from the recent rain compared to the image that captured the heart of the nation in November 2018. 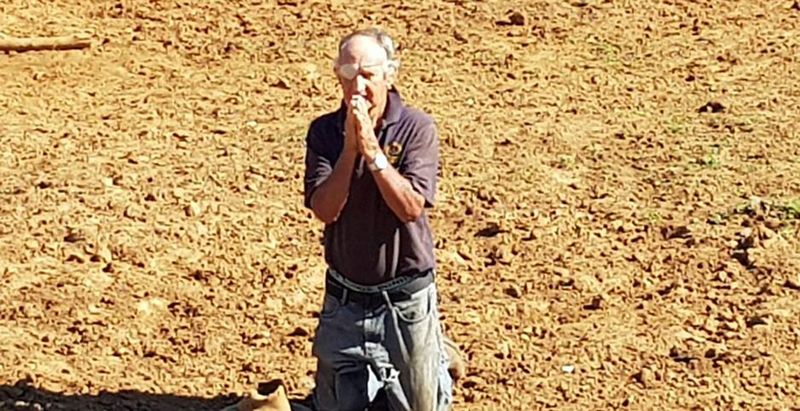 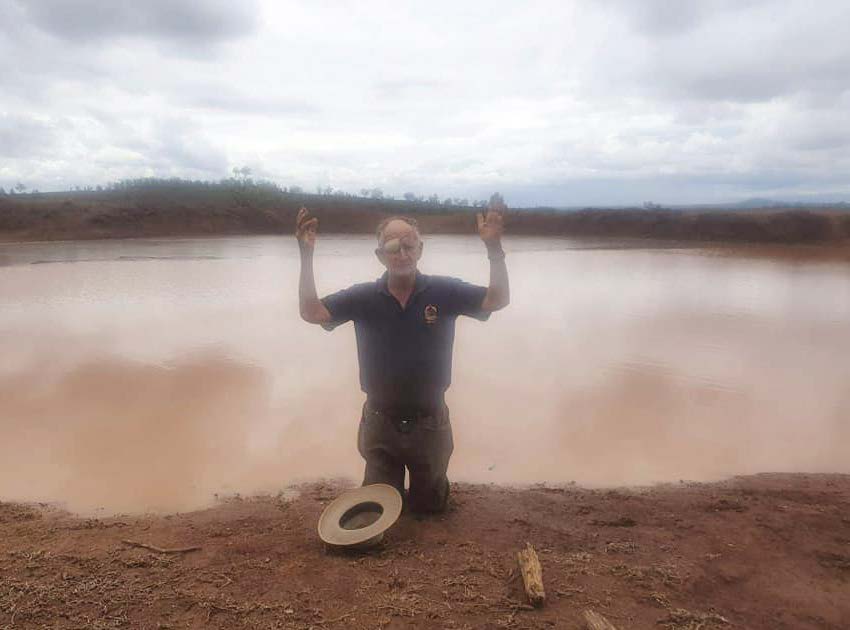 Alf King thankful for the rain

Unfortunately, parts towards Mt Kaputar have missed most of the falls to date, which has been disappointing for both farmers and those who continue to fight the fires in that area. The Mt Waa fire remains actively burning in the Amberly North area around Killarney Gap Road. The bush fire is under control and at advice level. Killarney Gap Road was closed last week for further preventative back-burning operations.

The latest Combined Drought Indicator from the NSW Department of Primary Industry shows no areas in the state are drought free while more than half remains in intense drought.