Gwydir Shire’s sister city, Willoughby has chipped in to help the farming community of the Gwydir Shire, with a $10,000 donation. 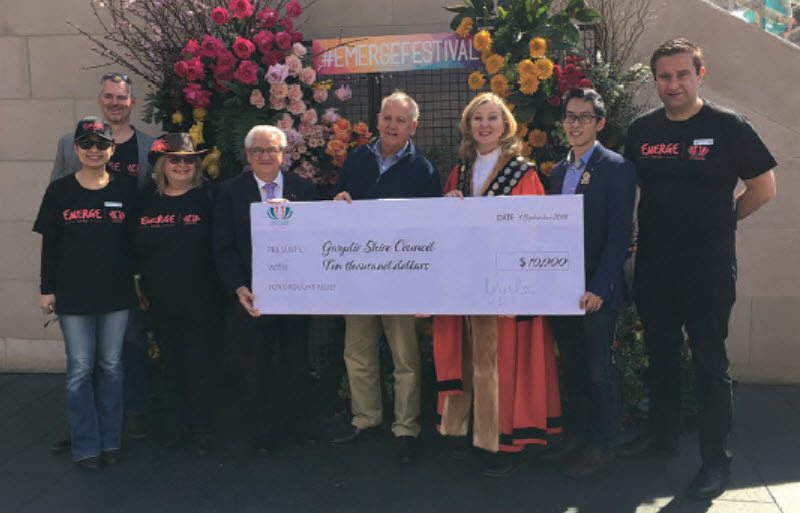 Mayor of Willoughby, Gail Giles-Gidney, presented a Mayoral Minute to her Council recommending the donation. She reported that her Gwydir Counterpart, Cr. Coulton had told her the drought was the worst he had seen, adding “and he is not a young man.”

She said that Willoughby and Gwydir (formerly Bingara) had enjoyed a Sister City arrangement for 23 years. It was established, she said, in response to a drought. She told her Council that she had visited the Gwydir Shire. “They are wonderful, warm hearted country people,” she said.

Cr. Giles-Gidney reported that Cr. Coulton had described the people of the Gwydir Shire as “a proud lot who have tried to plan (for drought) and that Gwydir would welcome appropriate assistance which would not take business away from local communities.

“Food packs are not appropriate things to send,” Cr. Giles-Gidney said. The Willoughby Council agreed to the donation without dissent.

Cr. Coulton told the Willoughby Mayor that the Shire will use the funds to provide a poly water tank for one of the Shire’s trucks that will be able to deliver potable water to farm homesteads in need of water, and that Willoughby City’s generosity will be acknowledged on the tanker by displaying the Willoughby City logo.