BingaraLatest NewsThe ArtsYoung opera singer is reaching for the stars.

Young opera singer is reaching for the stars.

Bingara soprano Alexandra (Lexi) Hutton has had some wonderful successes in the UK. Lexi is completing the second year of her Masters Degree in Vocal Performance at London’s Royal College of Music and is making a mark in the very competitive world of opera. 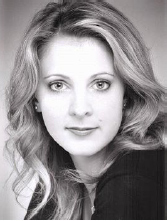 She is rehearsing for a June production in London of Donizetti’s opera “The Elixer of Love” in which she will play the lead role of Adina. Lexi has also been selected as a Britten-Pears Young Artist for 2011 and will perform the role of Miss Wordsworth in the Benjamin Britten opera “Albert Herring”. In gaining this role Lexi competed with applicants auditioning in 40 cities around the world.

“Albert Herring” is in some ways reminiscent of the works of Gilbert and Sullivan and in some ways that of Richard Strauss. The production will feature at the Aldeburgh Festival of Music and the Arts in October, an annual highlight of the British music calendar.

During 2010 Lexi was a finalist in the Jackdaws Vocal Awards and reached the semi-final of the London Bach Singers Competition. This year, in early March, Lexi will be off to Paris to audition at the Paris Opera for their Young Artist’s program. She will also compete in the London Handel Singing Competition.

Lexi’s mother Susan will travel to London in June to see her perform in “Elixer” and be present at her graduation. After her graduation in July, Lexi will be returning home for a break, and some much missed sunshine.

She is greatly looking forward to spending time at home in Bingara and plans are underway with the NWTC for her to perform at concerts in Bingara, Narrabri, and Armidale.

While in Australia Lexi will again contest the City of Sydney Eisteddfod, and make her first attempt at the McDonald’s Operatic Aria Competition.

Much has happened to the young singer who delighted the audience under the stars at Opera in the Paddock in 2009. With that event celebrating its 10th Anniversary this month, Lexi’s thoughts will be with Peta and Bill Blyth on the occasion.

Lexi sends her congratulations and best wishes to Peta and Bill, and a “see you soon” to all her friends in the New England / North West.