* (To Dance).  While many HSC students stress about long exams and written essay to hand in, Bingara Central student Erica Dixon is more worried about missing a step or spraining an ankle.  The only student undertaking Aboriginal Studies as part of her HSC, Erica has chosen to submit her final assignment via the medium of dance. 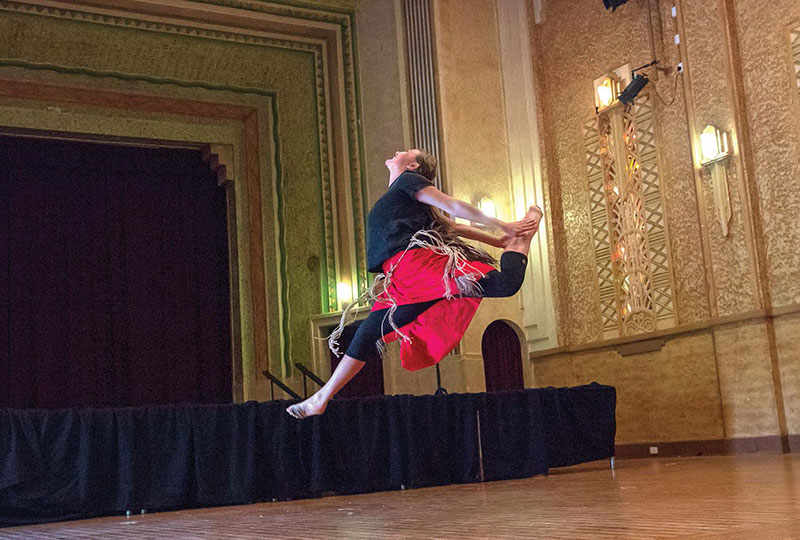 Erica Dixon is Bingara’s only Year 12 student taking Aboriginal Studies for her HSC, the top student in the course in NSW and the only one dancing for their final assessment.

Of Indigenous heritage, Erica traces her family back to the Goomeroi people from around the Wee Waa area.  It was this that helped spur on her interest in Aboriginal Studies, and deciding to take it as one of her final subjects in Year 12.

Not only is Erica the only student taking the course in Bingara Central, she’s also the only one submitting her final assignment via the medium of dance.  Her dance, which follows three stages of Indigenous history, is set to the music of Goomeroi singer and former Manilla resident Mitch Tambo.

“I always wanted to do a traditional dance, then the invasion and the loss of culture there, and then the reconnecting to country.  It’s different. It’s something I felt comfortable doing.”

Nicole (mother): “It’s the fact Erica loves dance – and she thought it was an easy way to tell her story.”

“All my dances have stories, and I thought it was an easier way to tell my story than an essay!  I wanted to get a reaction from the audience, as well.”

Erica states that she doesn’t think they’ve had anyone doing Aboriginal Studies before.

She has tentatively titled her dance The Reconnection To Country.

“I really love all the events that are on that try to get culture back.  I don’t think the school here had anything that educated children on culture until last year. An indigenous group came out from Tamworth, and I thought it would be really good for everyone to be learning about it, to learn more about Australia’s past.” 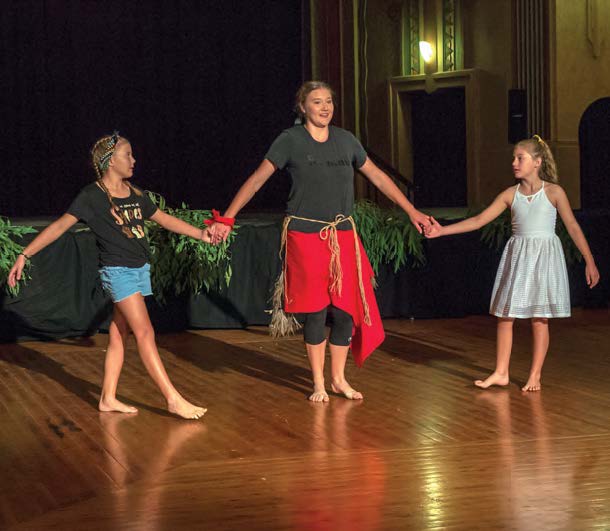 Erica’s dance uses a blend of modern Western, classical ballet and traditional Indigenous moves, and integrates her sisters Addison and Rainbow into her performance.

Her performance blends tradition Indigenous performance, before segueing into more modern, Western movements, symbolising the colonization of the continent and the loss of culture, then trying to reintegrate that culture back – the reconnection to country.

The performances finishes with her two younger sisters, Addison and Rainbow, joining her in the performance space, as the culture and story is passed on to the younger generations.

Her dancing was supported by Julia Isaacs, an Indigenous dancer from Inverell, who was so impressed with Erica’s decision to dance that she loaned Erica an emu feather skirt and possum skin for the performance.

“We spent quite a few hours with her, teaching me moves and telling me the stories behind them – that’s what I’m interested in.  I really like listening and learning.”

Erica says she’s always had an interest in Indigenous history and culture, growing in the past couple of years, and further fueled by visits to Myall Creek Memorial.  “My Aunty is on the board for the Myall Creek memorial – so we were pretty included in it.”

“We started doing the Dixon family tree, and found out the Indigenous part family came from around Wee Waa.”

Erica admits while she has always had a love of dance since she was six, she hasn’t thought of taking it further.

Until recently, Erica undertook a traineeship as nurse at Bingara MPS, hoping to continue on into nursing, but hasn’t really considered dance as a career.