In 1827, explorer and botanist Allan Cunningham’s journey crossed the Gwydir River where Bingara now stands. He camped on the junction of Halls Creek and the Gwydir River which he named after his benefactor, Lord Gwydir of Wales. Cunningham’s glowing reports of the area, visited en route to The Darling Downs, instigated an immediate flow of graziers and their herds.

Although by 1850 over a dozen pastoral properties had been settled in the Bingara district, it was not until the discovery of gold in 1853, that settlements developed in both Bingara and  Upper Bingara.

Prospectors flocked to the area and when copper, then diamonds were discovered in the 1880’s rapid development followed.  Bingara was, at this time, the largest producer of diamonds in Australia.  [See Monte Christo Gallery below.]

The town grew and Maitland Street boasted five general stores, five or six hotels, butchers, bakers, saddlers, clothing and furniture stores, and all the shops and services necessary to make the town and surrounding district largely self sufficient.

Bingara became a municipality in 1890, at which time the spelling of  both Upper ‘Bingera’ and ‘Bingera’ changed to “Bingara”.

With the advent of the car came the down sizing of the town and by the mid 1930s Bingara’s shopping and business centre had contracted to roughly the size it is today, transport making it easier to shop at larger centres such as Inverell and Tamworth.

A great deal more can be learned about the history of the area and early settlement of the district by reading Bert Howard’s informative book Bingera Run or by paying a visit to the local Historical Museum Complex. 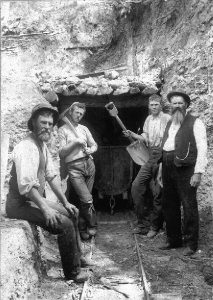 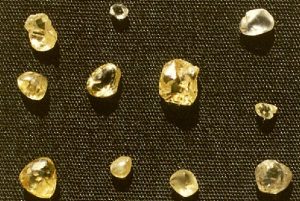 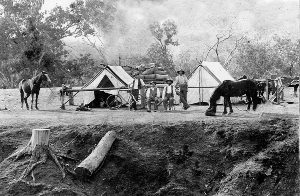 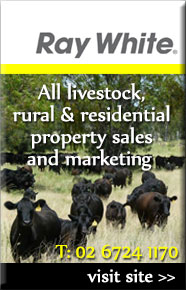