The orange trees lining Finch Street and circling the Gwydir oval are a unique feature of Bingara. The trees offer a different dimension to the attractiveness of the town, with the air heavy with the perfume of the flowers in the spring, and the beauty of ripening fruit throughout the autumn.

However, it is the fact that they have become a symbol of community pride that has attracted international interest. 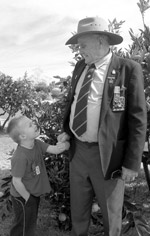 Planted as a living memorial to Bingara’s fallen in World Wars I and II, the trees and the annual harvesting of the fruit by the local school children (the orange police) happens on only one day of the year.

Orange Picking
During the year, all Bingara residents leave the oranges untouched, even the children, who are taught the significance of the trees.

This respect, self discipline and pride in this unique memorial has been carried on since the 1960’s, from one generation to the next.  In some cases, those picking the fruit are the third or fourth generation to do so.

The original avenue of oranges planted along Finch Street between the RSL Club and the Central School were Valencias. But today, when the need arises, they are replaced with navels.

An extensive orange tree planting program took place over the last few years, with over 80 trees extending further along Finch Street, as well as along the boundary of the town’s sports grounds, the Gwydir Oval.

One of the original valencia orange trees can still be seen on the street corner adjacent to the Bingara Returned Services Club. 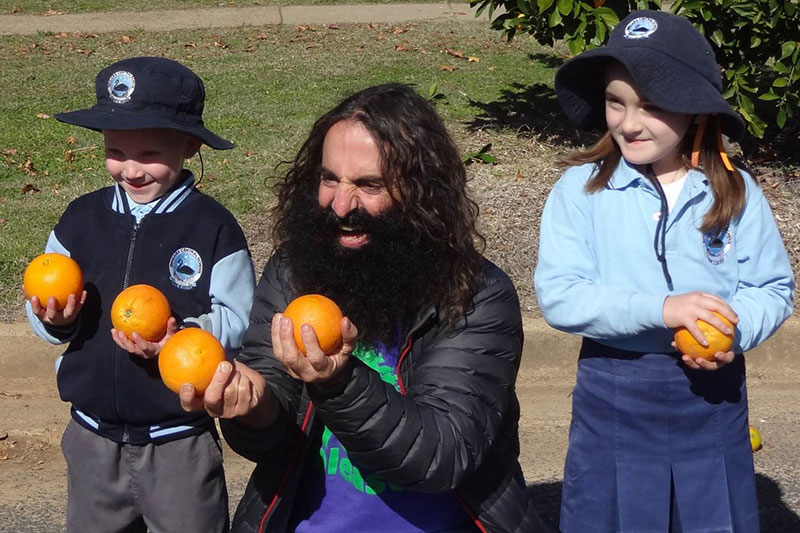 Costa an enthusiastic promoter of Bingara’s Oranges.  “They don’t get any better than this!” 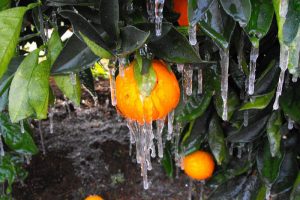 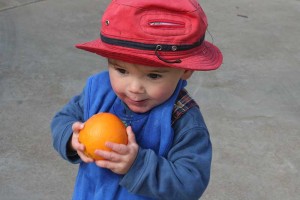 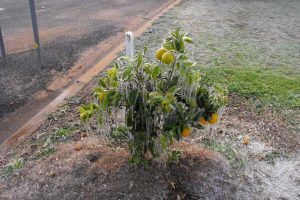 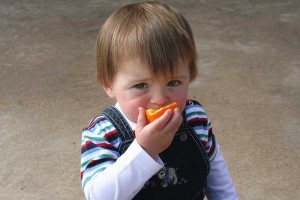 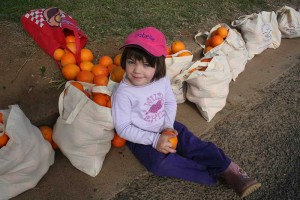 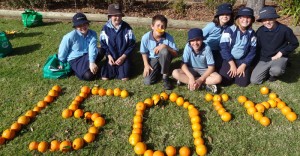 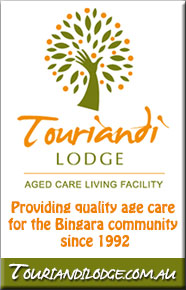 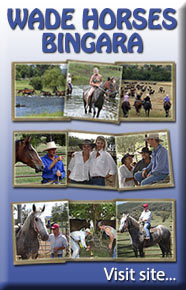