The Bingara Returned Services Club’s new Gwydir Lily Restaurant opened on May 28, and diners have been flocking in to try the range of Malaysian, Thai, Chinese and traditional Australian dishes on the menu.

Club Manager, Dan Herringe, says response to the arrival of the three-person team contracted to run the restaurant has been amazing. “We are getting tremendous feedback,” he said. Although most of the customers are choosing Asian dishes, Australian meals including traditional roasts are still in demand. 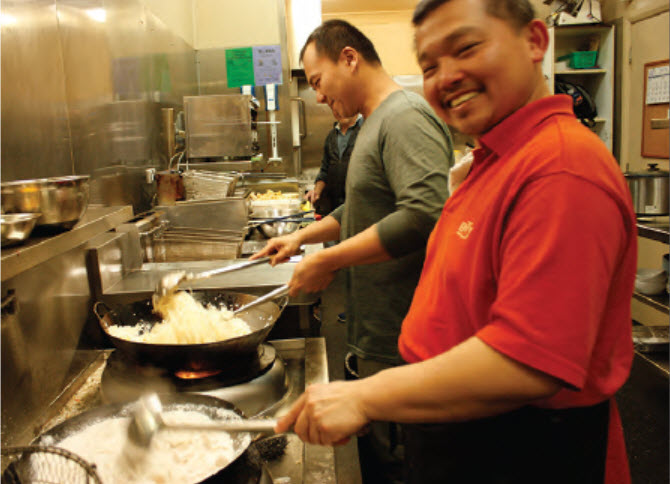 New chefs at the Bingara RSL Club’s Gwydir Lily restaurant, A.K. and Terry in action with their woks.

While chefs, Terry and A.K. were busy cooking in the kitchen, Ivy confirmed that customers were happy with the food and service provided. Before coming to Bingara, Ivy said, they worked in a Club at Toukley on the Central Coast.

Ivy confessed that many of the customers are choosing dishes they already know, such as honey chicken, sweet and sour pork, Massaman curry, and garlic king prawns, but rending beef and satay dishes are also popular. Duck is also proving to be a winner on the extensive menu which also includes Malaysian and Thai Hawker foods such as Char Kway Teow, Pad Thai and Ipoh Char Hor Fun.