The 35th National Campervan and Motorhome Club of Australia (CMCA) Rally will roll into Bingara for a week of festivities from October 17th–24th. It will be the first time in the history of the Rally that it has been held in the same town twice after the Rally successful 2008 visit.

A coup for Bingara and the Shire, CMCA rallies have been show to generate up to $2 million from each event including up to seven weeks of benefit surrounding Rally week with members tending to stay before and after to explore surrounding towns.  For members it is all about connection and a chance to catch up. 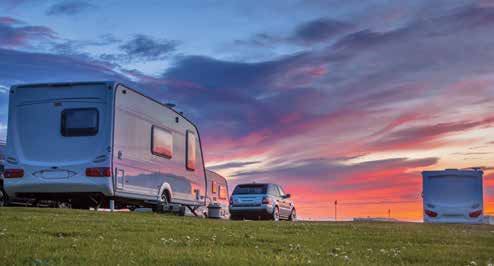 CMCA Rally representative Jo Tremain first came to Bingara on that 2013 Rally and enjoyed the event and what the Shire had to offer so much she has returned to the town around 20 times since.

After a week of activity an open day will be held on the last Saturday, 23rd October, allowing the public to visit, look around and join in their market day. “We have a lot of members that do craft on the road, cook and have things to offer,” said Ms Tremain.

There are a staggering 250 rostered volunteers who start coming in up to two weeks before rally to assist in everything from maintenance, administration, entertainment, first aid, security, transport, catering and even dog-sitting.

“I’m excited to get out to surrounding towns to ensure that they can make the most it – all the towns that lead into Bingara as people are going to be travelling through to get to Bingara. We can advertise that there is somewhere safe to pull up or that there is a great pie shop,” she said.