Bingara’s Gwydir Oval now has a first-class amenities building ready for use across all sports coming up in 2021. The grounds which are used to play football on, for the school’s athletics carnivals, cricket, women’s league tag and oz-tag now have changeroom facilities that are both safe and inviting.

A complete redevelopment of the amenities was undertaken after funding was received from the Australian Country Communities Fund and NSW State Government’s Stronger Country Communities grant. The ribbon was cut on Saturday at the venue which was originally intended to be a revitalization of the existing block until it was realised that a dream building was achievable.

User feedback was imperative to the successful design of the facility, which is now complete with male and female changerooms, separate referee’s changeroom and even a broadcast box above.

Project Manager with Gwydir Shire Council, Andrew Cooper, was instrumental in the decision to move the building back from the oval by a short distance in order to improve visibility from the existing grandstand for a more enjoyable experience. “Previously the line of sight from the grandstand was impaired by the building,” he said.

Northern Tablelands MP Adam Marshall commented on the works that have occurred at the oval over the last few years. 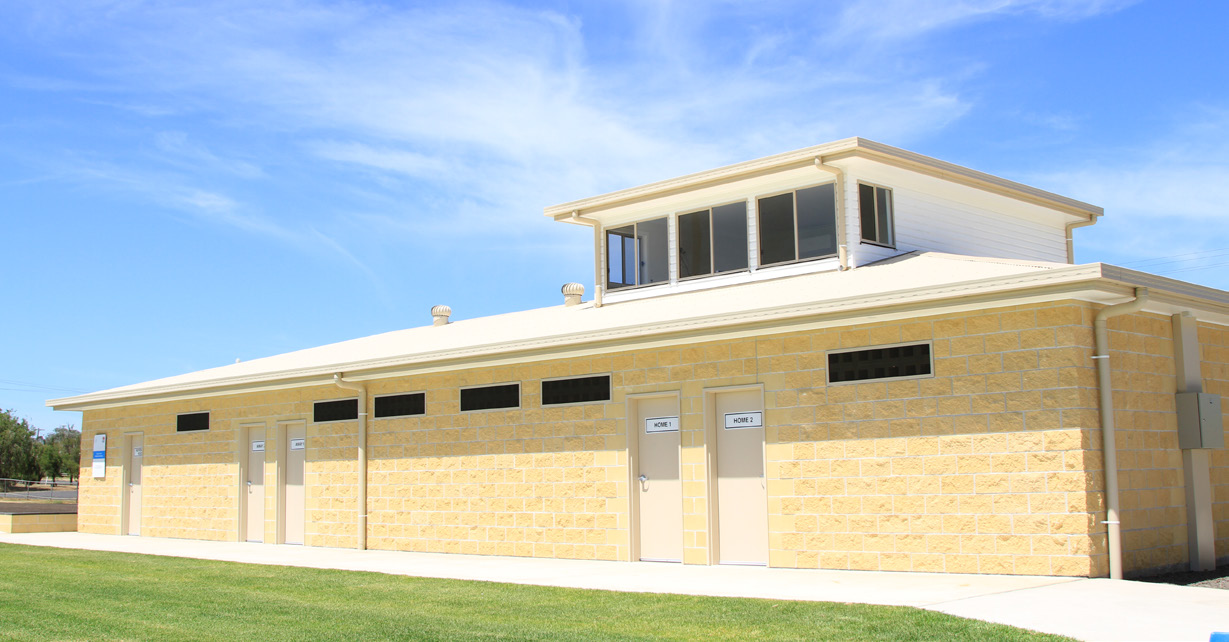 “You’ve now got this beautiful old grandstand brought back to life, there’s this space underneath that is functional and useable and safe to store things in, the new cricket nets and parking area that is now bitumen,” he said.

“Every project is delivered to an incredibly high standard, on time and on budget and somehow you deliver more than you said you would. There’s even hot water in the visitor’s dressing rooms,” he added.

Also in attendance was Gwydir Shire Mayor, John Coulton who thanked all those in attendance. “It’s a fantastic facility for a small community in a small shire. I’m proud to be part of the team and be here to see all this. It is a wonderful facility that will be here for many years to come,” he said.

Still to come is the lighting for the oval which will be undertaken in the next six months through Round 4 of the Federal Government’s Building Better Regions Fund (BBRF) and council contribution. Four new state of the art LED lights will replace exiting ones and will be able to be controlled with different settings for sport to more atmospheric settings for carnivals and markets.

Long-time former oval user, Mr Lennan, was present to reflect on the improvements that have been made at the oval. He told of a time when the standard of the oval was somewhat lacking with large bare patches and a cricket pitch made of concrete.

“One Friday afternoon when we knocked off work, we borrowed the Council tractor and ploughed the whole lot up. The football club had working bees and planted it down to kikuyu and got it going. Look at it now. It’s as good as you’d get anywhere in country NSW. It’s magnificent.”