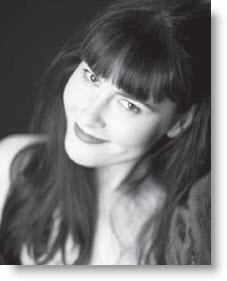 She’s a singer/songwriter, a comedienne, an opera singer and a folk singer with a set of drums and she’s bringing her hugely popular show to The Playhouse Hotel, Barraba, at 2.30 pm next Sunday, November 22.

The Australian newspaper recently described Ami’s act as a “must-see”,. “Ami Williamson sings like an angel,” The Australian stated.

“She plays piano, guitar, dulcimer, drums and wraps it all up in Cabaret, performing her own poignant songs and covers from Opera to AC/DC in a performance that involves plenty of humour and audience participation.”

Ami’s formative years were spent immersed in music. Her grandparents were classical singers who sang duets for ABC Radio in the 1930-60s, and her father began writing and performing his own songs long before Ami was born. As a child Ami studied ballet, jazz, tap and acting and was soon performing in a touring version of Johnny Young’s Talent Time.

By the time she was nine Ami was singing back-up vocals on many of her father’s albums and on his appearances on The Midday Show (with Ray Martin) and Good Morning Australia.

On leaving school she enrolled in the Sydney Conservatorium of Music to study classical singing, piano and acting, which led naturally to the stage of Opera Australia. On a study trip to Germany she began writing her own material and returning to Australia she was soon making recordings as a solo artist.

Today, many albums and concerts later, Ami performs her celebrated one woman show at the major festivals and venues in Australia and abroad.

She has been a hit at The Port Fairy Folk Festival, The Brunswick Music Festival, The Woodford Folk Festival and The National Folk Festival. This “rollercoaster of fun”, showcases Ami’s talents as singer, songwriter, musician (piano, drums, harp, guitar, dulcimer) and entertaining storyteller.

Now is your chance to see Ami live in the intimate setting of the Playhouse Hotel’s 80-seat theatre.

Tickets for the show on Sunday are $30 each. Lunch will be available in the hotel’s restaurant before the show, from 12:30 pm.

Bookings are essential and available by phoning The Playhouse Hotel on 02 6782 1109.