Another phase in the development of what was, a few years ago, a shortcut through the Telstra block on the corner of Maitland and Finch Streets, took place on Saturday morning.

In recent years, the Bingara Lions Club have taken an interest in the development of the Park, starting with the directory board.

Next was the unveiling of the metal statues honouring former health professionals Dr. Frank Hollinshead and Mr. Bill Bullough.

The Bingara Lions also started a campaign for local families to buy bricks for the Heritage Path.

The crowning glory in the park is a rotunda which adds to the aesthetics of the park. 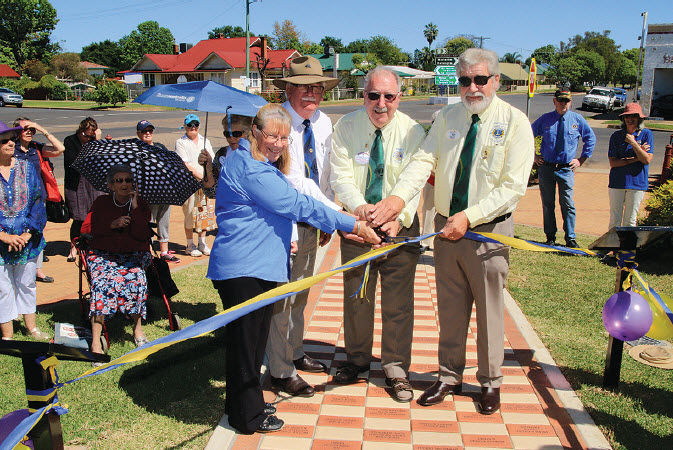 The park is now far from being a burr infested shortcut, and is transformed to an inviting, attractive spot where visitors can get a taste of the Bingara community.