Warialda singer song writer Benny Nelson will return home this November to perform live on stage at the Roxy Theatre in Bingara.

Benny attracted national interest after his moving performance of a song written about and for his late mother Vivienne Nelson, who died of breast cancer in 2010 which he sung as part of the televised 2013 School Spectacular.

Following this performance Benny moved to Sydney to pursue his dream of becoming a musician, and has been honing his craft ever since. Benny and his band are sure to delight on this whirlwind tour performing covers by crowd favorites such as Ed Sheeran, as well as his own originals including the heartfelt song ‘Mother’ that brought the crowd to tears at the School Spectacular. 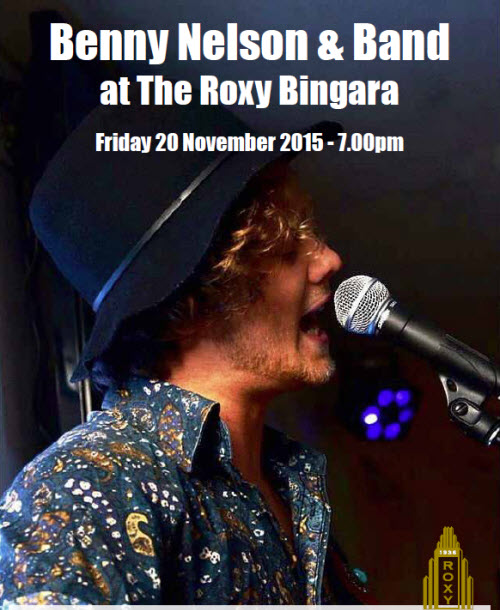