The massive Copeton Dam has hosted many events. Sailing regattas, power boat and ski races, formula one power boat championship and the Great Inland Fishing Championship. Even the now extinct North Sydney Bears rugby league team has trained on its waters. But until this year, there has never been an organised swimming competition.

On Saturday April 27, the highest open water swim in NSW will take place at Copeton Dam over two kilometre and 600 metre courses. Dubbed “The Swim with Altitude” it will showcase a magnificent venue with clean water and excellent public facilities. 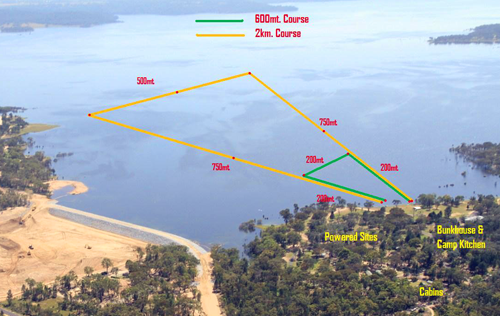 Publicity Officer Gary Lamrock said prizemoney will be up for grabs in the two kilometre event and prizes for 600 metre event, plus there will be random prize draws across both events.

Safety is a priority for all competitors and the Copeton Freshwater Swim organising committee has arranged 40 Yamba Surf Lifesaving Club members and kayakers from The Armidale School to patrol the course.

Mr. Lamrock said he would love to see at least 500 competitors of all ages create history in the inaugural event. “Over 45,000 people took part in open water swimming events around the nation in 2011/12 and the majority enter just for the fun of competing.”

“We are thankful for the support of the Rotary Club of Inverell East and any profits generated will go to Rotary charities.”

Further details are available at www.copetonswim.com or by contacting Gary Lamrock on 0429 124436.