An audience of 146 enjoyed an afternoon with country music artist Amber Lawrence last Sunday, November 30. The event began with local girl Madison Rose from Warialda opening the show with a great performance of two songs despite a few technical issues with her guitar.

Madison was followed by Amber’s supporting act, brother and sister duo, ‘Kaylens Rain’, before Amber took to the stage. 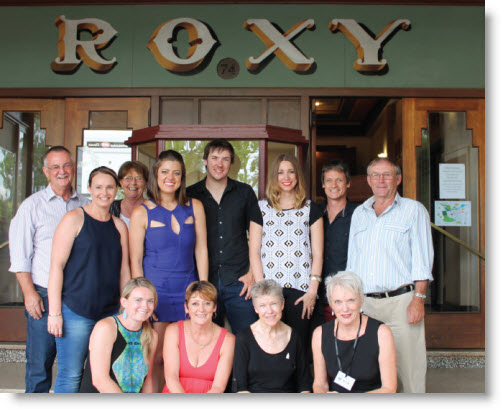 Many who attended commended Amber’s impressive musical abilities along with her ability to put on an entertaining performance. Her quirky sense of humour and down to earth personality made for a relaxed and up beat afternoon.

Amber performed many entertaining and inspiring songs including her two latest golden guitar nominated songs ‘Superheroes’ and ‘The Lifesaver’.

“It was a great show and we are very grateful to all who attended and helped support the Fitness Centre,” said Casey.

Following the performance, VIP ticket holders enjoyed a ‘gold’ dinner with Amber in the Roxy Café. “The Gold dinner was fantastic,” said one of the organisers, Wendy Wearne.

“Amber played guitar for us and mingled all night.”

Local hospitality students provided assistance with the meals and the evening ran smoothly and was enjoyed by all. A report will appear in next week’s Advocate with official figures on how much money was raised.