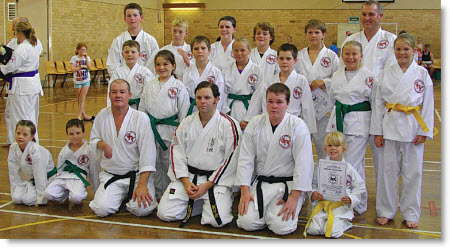 Students From Bingara put on an excellent display of martial arts including Sparring, Kata, Kicks, Blocks and other Martial Arts skills. Everyone from the Bingara club performed very well on the day and all were graded to their next Rank.

Students achieved ranks from Yellow Belt all the way to Black Belt. Instructors Nick King and Charlie Baker were impressed with the effort and improvement of all students over the past months.

Classes are held at Bingara Central School every Tuesday night at 6:00pm and classes are now available at Delungra Multi Purpose Hall Wednesday nights at 5:30pm.