The state cup Oztag team travels to Coffs Harbour this weekend to play in a much anticipated competition. The mixed team which is made up from local players and Warialda players
are in form and keen to take on the task ahead.

It is great to see such a small town be able to travel across to compete in such a large competition with over 34 teams in their mixed division.

Major sponsors that have got on board this year to make this trip a lot easier are Bingara RSL, Sportsmans Hotel and the Gwydir Shire. We wish the players the best and good luck. 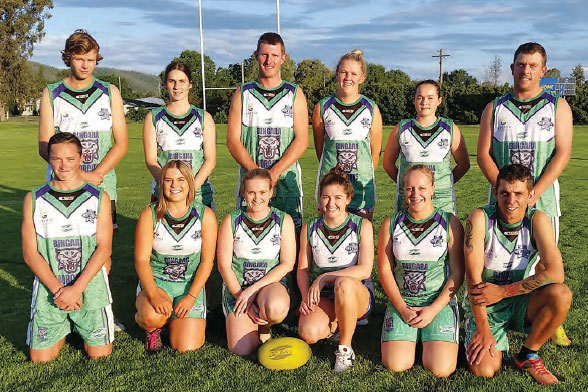