The Bingara Pony Club has returned from the Zone Jamboree  with the Scott Family Perpetual Trophy.  This is the third successive year that the trophy has come to Bingara and the trophy is being housed in pride of place at the Imperial Hotel. 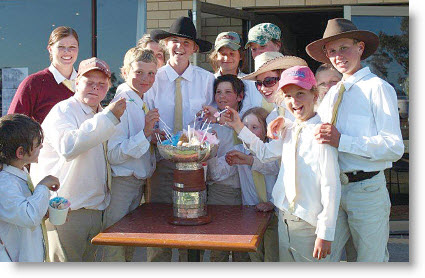 Congratulations to everyone involved!