In the battle that followed both sides suffered massive casualties, the allied forces 50,000. Of those men serving in World War 1, 320 men were from Bingara, a small town known for its patriotic duty.

Nancy MacInnes wanted a fitting tribute to these men, uniquely related to Bingara. After speaking of this idea to the ladies of Wattle Craft Bingara, they wholeheartedly agreed to a plan.

Ms Rhonda King researched the names of the enlisted men (320). So began the task of the Bingara Centenary Banner, a special poppy for each man.

The banner is at present hanging at the RSL Club. 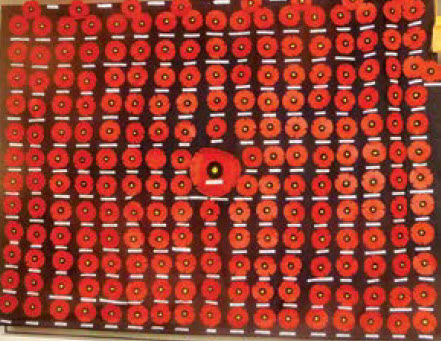 Ever since 1915, the ANZAC tradition has assumed a significance in Australia and New Zealand, marking a milestone in the development of their manhood and character.