Bullying brought into the limelight after teen tragedy

The recent suicide of Northern Territory girl Amy “Dolly” Everett after suffering from cyberbullying has led to a widespread anti-bullying campaign sweeping the nation. The 14 year old girl was part of an Akubra hats Christmas campaign 8 years ago. Words of kindness came from near and far as family and friends of Dolly begun the #Stopbullyingnow campaign trending on social media, which even made its way to words of condolences from Prime Minister, Malcolm Turnbull.

As part of the campaign, attention was drawn to the use of social media and technology that teenagers have access to 24 hours a day. As such, friends and family of Dolly are encouraging parents to check on their children and for young people to be kind to one another.

Parents and friends should be aware of key indicators of bullying such as loss of interest in school and extra-curricular activities, frequent complaints of illness to avoid attending school, distancing and withdrawal from friends and family, displaying signs of sadness or acting moody, poor appetite, anxiety and poor self-esteem, amongst other indicators.

If you suspect your child or friend is being bullied, simply being there and ensuring they know you are there to talk to can be a huge step in rectifying the problem. In addition, if there are signs of bullying, working with the school in creating a strategy to combat the problem should be the key method to solving the issue. 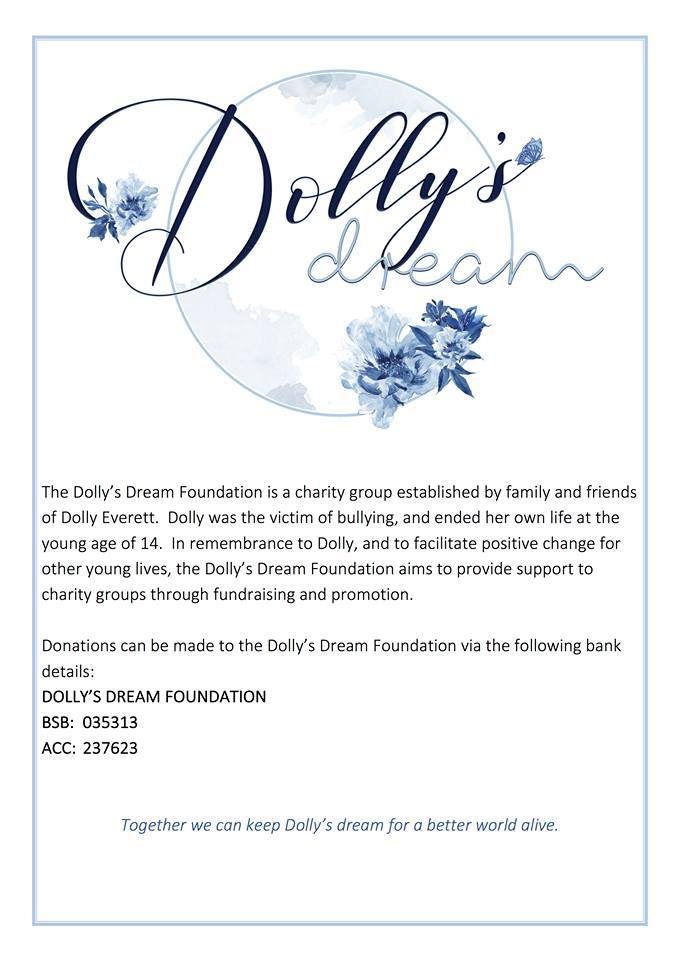