There was great excitement at The Bingara RSL Club on Wednesday, June 26, when local woman, Christine Wells won the Super Draw of $47,000.

Every Wednesday night between 6-8pm the Super Draw, an initiative of Clubs in the region, is up grabs, and it was a fantastic win for a local resident.

“At the time of the draw Christine Wells was unsure of her membership number and continued to enjoy the social activities,” Club Manager, Dan Herringe, said.

The winner was announced over the microphone and Christine, in a state of absolute shock, could not believe her luck, after being told several times that she had just won $47000 in the Club’s Super Draw.

“All the members in the club cheered and yoo-hooed.  We congratulate Chris on her win and thank our members for their continued support to help make the Wednesday’s Super draw a success,” Mr. Herringe said. 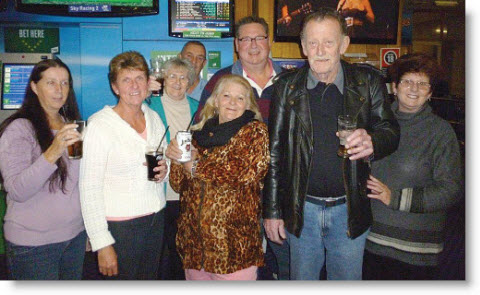 All you need to do to be in the running for the Super Draw is to be a financial member of the club and be at the club from 6-8pm on Wednesdays.