The next stage of the Myall Creek Cultural and Education Precinct Project is in sight, following the promise of just over $1 million in state government funding. “We are thrilled to have this funding and it will allow the committee to undertake and complete the second stage of the whole development,” Friends of Myall Creek co-chair Ivan Roberts said in a release.

The $1,066,981 grant was secured through round two of the Regional Cultural Fund and will go towards completing a permanent memorial and educational centre. Near Bingara, the memorial site commemorates the 1838 massacre of 38 unarmed Aboriginal people, and the historic trial which resulted in the first time settlers were held accountable for such murders. 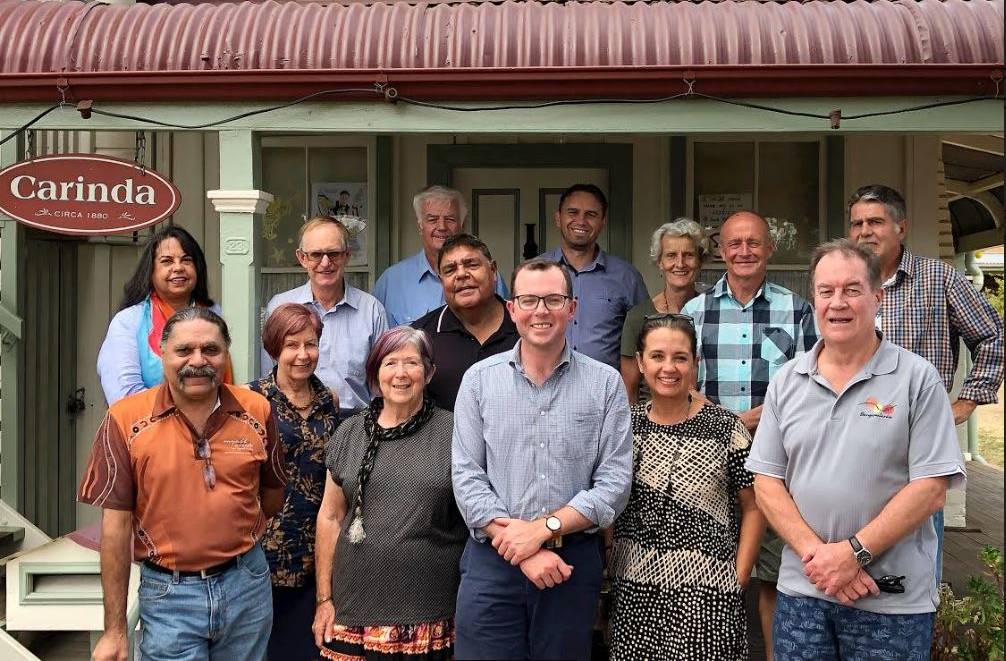 Mr Roberts said the second stage of the project would include landscaping, artwork and a bush food garden. Three stages are planned.  “We will be able to greatly develop the site to include a culturally appropriate outdoor performance space and a meeting place for dance, drama and storytelling,” he said.

“There are plans to also replant Indigenous vegetation, including a ‘bush food’ garden, preserving traditional foods and medicines informing the connection between culture, land and farming practice.  There will also be the installation of commissioned public artworks representative of the cultural explosion generated by the healing that has taken place at Myall Creek, as well as building much-needed parking bays and amenities which will cater for the growing number of visitors to the precinct.”

Member for Northern Tablelands Adam Marshall said the promised funds were “wonderful news” for the organisation, and for reconciliation in general. “For years the group has been wanting to construct a permanent centre at the memorial site to help educate the community about the history of Myall Creek and other tragic massacres across our region and Australia,” he said.

“The National Committee of the Friends of Myall Creek developed an exciting plan to construct a state-of-the-art educational centre at the memorial site and have come together from right across Australia.  He said the plans for a centre costing almost $10 million were ambitious, and added that he was excited to throw his full support behind it and announce the first $1 million contribution.

“It is a brilliant project and I commend the Friends of Myall Creek national committee for its unstinting and generous commitment to increase the profile of the massacre memorial and to ensure that the history of the Myall Creek massacre – and many others like it – is remembered and that we then learn from it.”