After Bingara Minor League was unable to take part in the competition this year, several of the keen players went to play for different teams in the area. 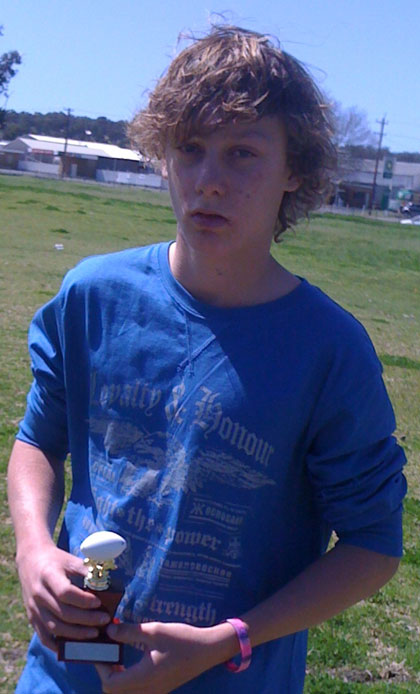 Harry (pictured above) and Ned Abra and Matt and Dan O’Conner played for Inverell Norths 14s. Inverell Minor League presentations were held on Saturday, where Harry Abra was awarded the Best and Fairest trophy for Inverell North 14s.

Pat Anderson and Daniel Rafter played for Warialda 16s and were part of the grand final team.  Click Here for details.