Are they the Highwaymen, or the Fossickers Way Men?

Three longhorn steers are going to have to walk to the Bingara Showground where they will be on exhibition at the 2017 Bingara Show. Because of their majestic horns, the steers, owned by John Herring, can’t be loaded onto a truck.

John has named the steers after the band members of The Highwaymen, but as there were four highwaymen, Kris Kristoffison, Waylon Jennings, Willie Nelson and Johnny Cash, the logical question is “who is missing?” 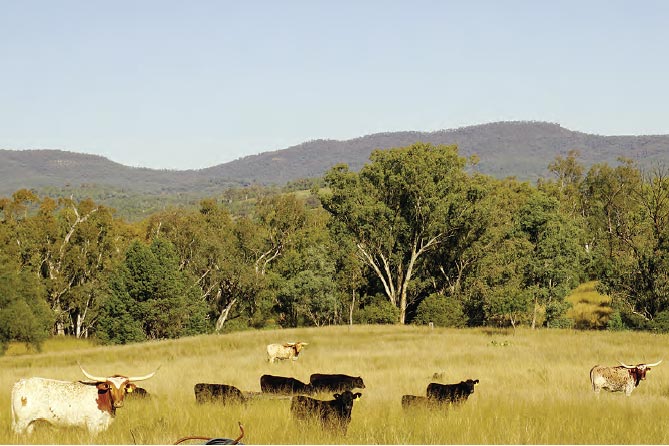 The Bingara Show Society is holding a guessing competition to identify who is missing from the team of “Three Amigos”. For a $1 investment, people are invited to guess who is missing. All correct answers go into a draw for a $100 prize. There will be several sites at the Showground where people can place their entries.

This photograph of the steers was taken nearly two years ago, so the “Three Amigos” are a lot more impressive now.