The North West Film Festival is preparing for another outstanding year and is pleased to announce a spectacular line up of special guests.

Unique to the New England North West, the North West Film Festival showcases the very best films made by young people throughout the region.

2013 Guest Judges
Suzie Wicks, a guest judge in 2011 is an Awgie award-winning scriptwriter for animated series, ‘Zigby’and works as a creative consultant in the development of animation, education and entertainment focused projects.

Also returning this year is local girl and freelance visual effects artist Kate Auld. Kate has over 10 years’ experience as a Compositor in the visual effects industry.  While high flying superheroes dominate Kate’s current world, she still proudly considers herself a “Gum Flat kid” having grown up in Inverell.

Louise Smith has been working in the production of television commercials and feature films for over 10 years and established Film Depot Pty Ltd in 2003.

Alison Richard is the founder and Artistic Director of Sliced Bread Attraction. She directs, teaches, performs, and produces. Kirsty De Vallance, started ‘A Cast of Thousands’ in January 2005 with her husband Graeme De Vallance after working for over a decade in the industry.

A ‘Cast of Thousands’ has been involved with many Australian productions over the years including series one and two of channel Ten’s hit series Masterchef.

Malla Nunn grew up in Swaziland before moving with her parents to Perth in the 1970s. She first attended university in WA, and then in the United States.

John Winter’s numerous producer credits include Phillip Noyce’s AFI winning ‘Rabbit-Proof Fence’amongst others, and script producer on the ABC’s high rating SeaChange.  John will be hosting a screening of ‘Rabbit Proof Fence’ on the Saturday afternoon of the festival; tickets for the screening will be $10 and include champagne on arrival.

One of last year’s judges Jason van Genderen enjoyed himself so much he is back for a second year. Jason has become a poster boy for how to make ground breaking short films on a limited budget. Hailed for using unconventional techniques, Jason has a unique ability to tell complex and moving stories in less than seven minutes.

A new face on the Tropfest scene in New York back in 2008, Van Genderen blew judges away with his poignant mobile phone produced film ‘Mankind is no Island’. 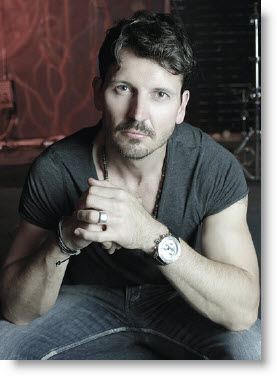 The festival is not just exclusive to students and film makers; the public is also invited to experience the spectacular selection of work made by festival entrants, as well as the highly acclaimed and award winning films of the special guests. This is a rare opportunity not only to meet the festival judges, but also view some of their work.

The North West Film Festival (NWFF) was established in 2004 with the support of the Department of Education and Training, New England Institute of TAFE and Gwydir Shire Council. Now in its 10th year, the Festival continues to deliver a unique experience for young film makers in the region. The Festival invites a range of industry professionals to provide hands-on skills and expertise for young people through a series of screenings and workshops. The community is also invited to participate, and equally benefits from the involvement of industry professionals through panel discussions and Q & A sessions.

The NWFF is an initiative of The Gwydir Learning Region. It evolved from the desire of two Year 10 students from Warialda High School who wanted to pursue film as an HSC subject. At that time no film subjects were offered at the school, nor at any of the neighboring schools or TAFEs in the region. Warialda High School went on to become the first school outside Sydney TAFE to offer film subjects in the area; this served as the catalyst for the introduction of high quality film courses across the region.

The Gwydir Learning Region is a partnership between local schools, TAFE, Adult and Community Education, Gwydir Shire Council, health services, local businesses and local community groups. The Festival provides a wonderful example of an initiative in which not only student learning is enhanced; the entire community gains from an event that enriches and strengthens it for the future.

In 2008 the Festival expanded to provide students and members of the general public greater access to special guests and provide them with the opportunity to view their work. This was undertaken with the aim of making the event more engaging and accessible to members of the wider community. The two day format continued in 2009.

Festival organizers are looking to expand the Festival over three days in the future.

The film festival will take place over two days Friday and Saturday September 13 and 14 at the Roxy Theatre in Bingara, all members of the community are invited to come along to the awards night on Friday night at 6.00pm, as well as participate in the many workshops and movie screenings taking place on the Saturday.