It may surprise many to see the style, costumes and setting for this production. In the picture Lexi (in latex) and with a whip in hand, sits on the back of her ‘master’ Don Alfonso, ‘encouraging’ him to proceed with his wager. The wager is with two officers Ferrando and Guglielmo, that their sweethearts, the sisters Fiordiligi and Dorabella will remain faithful to them while they are away at war. 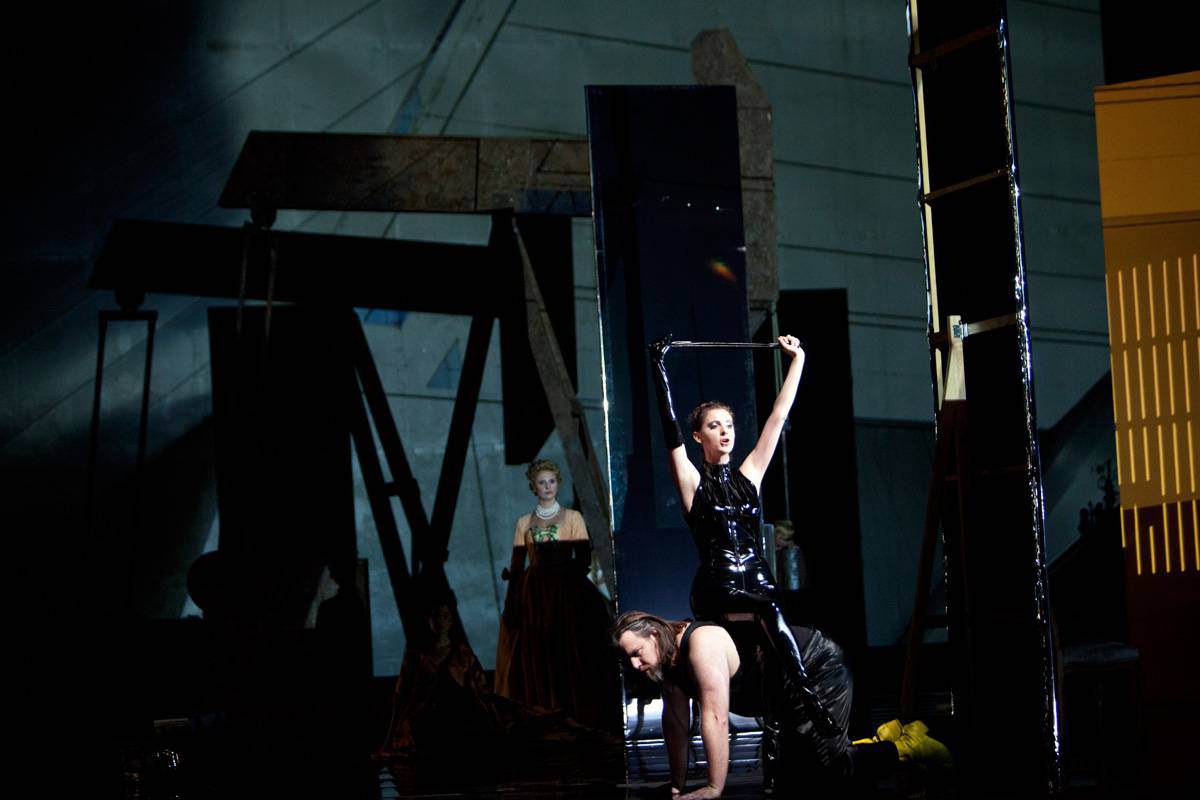 Fidelity is the theme of the Opera and the contemporary production takes that theme further reflecting on the fickle fidelity of technology and environment in the modern world. Oil wells pumping, and a ‘garden’ of machine like flowers, grace the stage in Act 2, while on the far horizon a skyline of wind turbines suggest that a new energy dawn is possible.

Lexi’s father Rick Hutton was able to watch the opening night performance via Live Stream broadcast (the first that Deutsche Opera has done of a major Premiere), whilst mother mother Susan and her aunt and uncle Fiona and Andrew McWhinnie who had travelled to Berlin for the occasion, watched it live.

Rick said, “It was wonderful to be able to see Lexi gracing the big stage in front of a 1200 live audience.  I am very proud that this young woman from Bingara is now starring in what can be a very demanding industry. She, and the entire company sang beautifully. Mozart’s music and text lives on, and in an exciting, youthful and very vibrant production.”