This year’s Bingara Orange Festival on Saturday 2 July will feature a book publication and book launch with a central theme of R ‘n’ R. Cantella tells the story a station property and its sixteen year old heir apparent Floyd Vallis who, to the dismay of his estranged parents, turns his back upon his heritage to become a national R ‘n’ R star.

Cantella’s historical fiction is interwoven with real people, times, places and events and this allows the book to recreate and capture the 1950s conduct of baby boomers who were stimulated by R ‘n’ R’s music and revolted against societal and parental control. 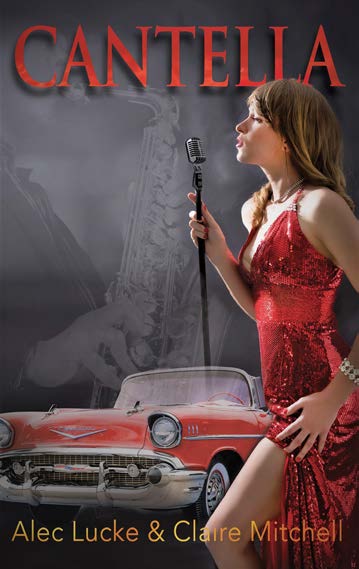 It was a wild, turbulent time marked by widespread adverse publicity as the Establishment resisted demands for new found freedoms unknown to their generation, who were rigidly constrained by the Great Depression and war.

Time payments, jeans, portable transistor radios, record players, new model cars and motor bikes were all part of the heady mix. Outlandish clothes were worn by “Bodgies” and “Widgies” and this exclusive youth movement was fanned by controversial and larger than life performers like Elvis Presley, Little Richard, Buddy Holly, Chuck Berry and others whom devotees admired and sought to emulate. Ray Roberts, Australia’s leading entrepreneur and promoter imports a bevy of overseas stars and their raucous, flamboyant behaviour brands Sydney as the epicentre of Australia’s R ‘n’ R culture.

Floyd sustains injuries in a late night car accident and his parents rush to his side in Sydney. As he recuperates, Floyd returns to convalesce with his reunited parents at Cantella. There, he meets Carmel an attractive unspoilt, freshly scrubbed country girl who makes him uneasy about the extent of his own conversion. A romance develops but there are complications.

By 1959 R ‘n’ R is a spent force and Floyd Valentine’s entertainment career may be over as he contemplates the possibility of life without fame. Extraneous circumstances develop that prompts Floyd to choose between the two very different women in his life. In addition, he must also decide whether his lifestyle allegiances lie with the excitement and glamour of the entertainment world, or with Cantella, the family dynasty and sense of place created by his forebears.

The Cantella book launch will be by open invitation on Saturday 2 July at the Bingara Community Centre at 1:30 pm. Books will also be available for sale from the street stall.