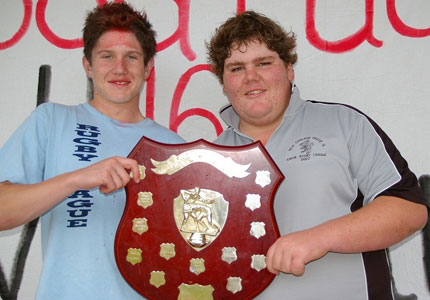 The boys had to compete on what was an extremely windy day. First try for the Wombats went to Luke Smith, in the first half, and a successful conversion from Sam Cooper.

Half way into the second half Ben Nelson scored the second try for the Wombats, with a difficult but successful conversion again from Sam Cooper. This evened the score with the Magpies.

In the last 10 minutes the Magpies scored their final goal.

But Wombats with fighting spirit returned their final try with Jack Laidlaw pushing over the line in the last few minutes of the game. Again Sam Cooper shined with his final successful conversion, sealing their victory over the Magpies.

All the boys, especially our local Bingara boys Pat and Dan, deserve a huge congratulations from the Community for their efforts and commitment to Junior Rugby League.

Congratulations Dan and Pat for being part of a great Team.