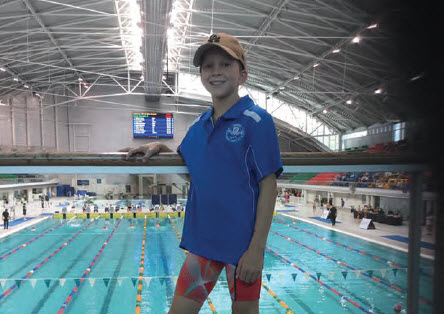 Brock, who only turned 11 in September, was picked in this squad after qualifying in swimming events last summer. During winter, swimming has taken a back seat, while Brock concentrated with his other chosen sport, Rugby League.

His only winter training was a camp in Armidale for two days in July, before he competed on Saturday. There were 585 competitors from twelve regions throughout NSW and ACT competing on the day. Brock’s mother, Tiffany, travelled with him, and said he achieved new PBs (Personal best) in backstroke, breaststroke and butterfly.