The Gwydir Shire Council made a service awards presentation recently to recognise the hard work and dedication by employees over a number of years. 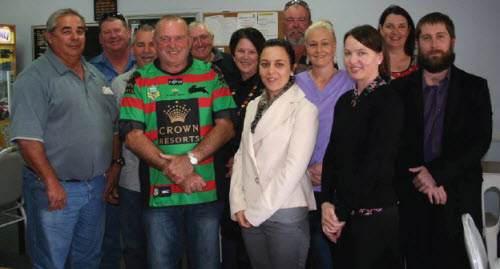 For an outstanding 40 years of service, a special address was made to recognise Geoff Hague’s years of work.

The following was read by Mayor John Coulton:
“Geoffrey Raymond Hague commenced his employment with Yallaroi Shire Council on 26th May 1975 as an Assistant Gardener.

In January 1980, due to an organisational review and Geoff’s ‘apparent aptitude’ for Grader operation he was reclassified and promoted to the position of Operator – Grade A, where he would earn $130.70 per week.

In 1988 Geoff’s supervisory skills were officially recognised and he was offered the position of Works Foreman and was responsible for the supervision of construction crews and operating the Grader. He remained in this position for 17 years.

A number of staff were also recognised at the meeting, for reaching a variety of employment milestones.