Gwydir Rugby is in great form with nine players from across the Gwydir being selected in Central North Rugby Representative teams for 2020.

Whilst there has been little rugby played this year, those selected had been coming in off the back of great seasons last year and training and preparation scaled up for a bigger and better season this year.  Many of these players are returning to representation after a successful 2019. 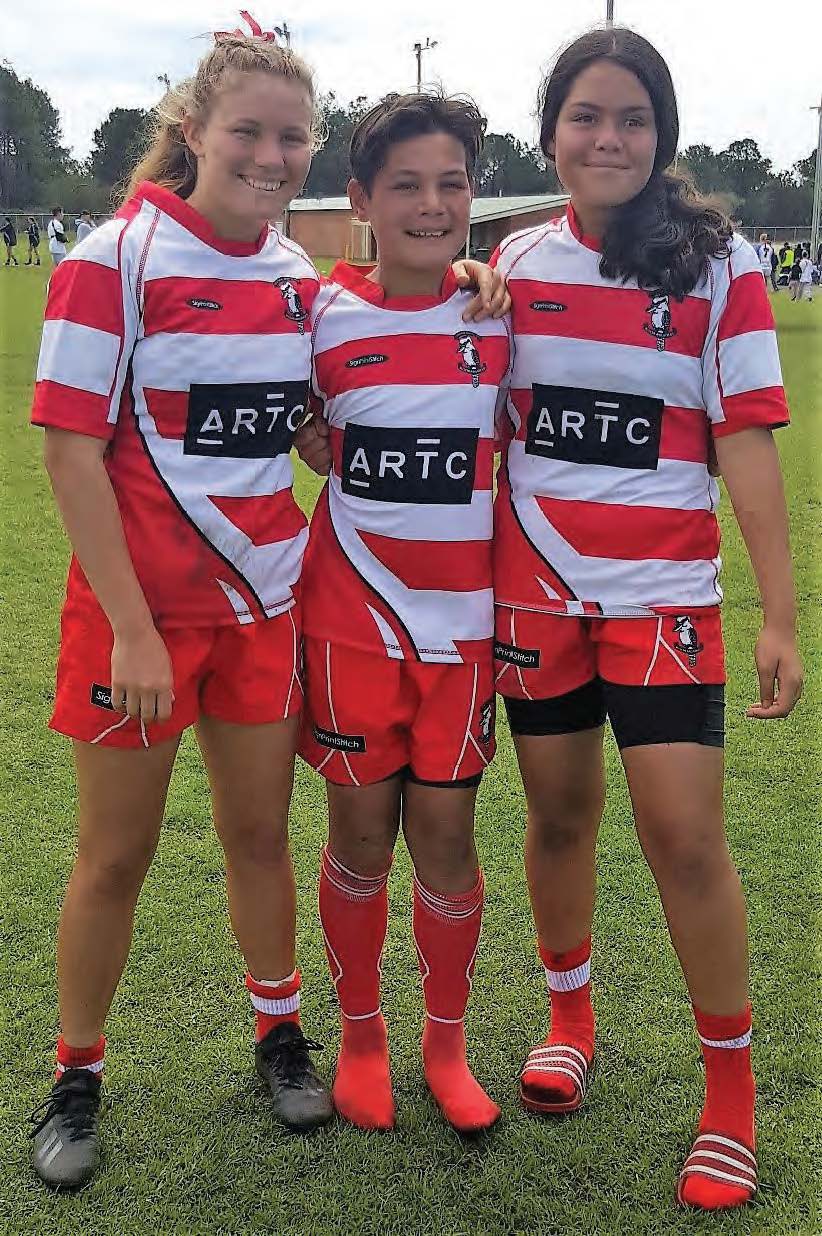 This year Central North Rugby was able to announce both boy’s and girl’s teams across all divisions, with Gwydir players in Under 13 Boys, Under 14 Boys and Under 16 Girls teams.

The Gwydir News spoke to Harrison, Brandon and Leilani Trevaga, Abbie Kent and Angus Marshall about their selection.

Taking place over two weekends, Abbie told The Gwydir News that selection into the team involved trials much like a training session.  “There was a bit of fitness testing, tackling and ball in hand skills,” she said.

The significance of making the 2020 team was appreciated across the board.  “I made CN in 2018 for U11’s and then missed out last year in U12’s. It made me hungrier to train and make this year’s team,” said Angus, appreciating the opportunities of playing at higher levels of competition.

Leilani echoed that sentiment, “I felt good and proud as I am from a small community and I am representing Bingara for the 2nd year,” she said.

Harrison added “It feels great, I’m proud of myself. It was a competitive year this year for selection.”

Making the team offers an opportunity to develop not only rugby skills but mateship prospers as well.  All players spoke of the friendship that came from playing rugby and the benefits of travelling together and supporting each other.

Getting to state carnivals has allowed Brandon to catch up with old team-mates.  “I get to meet up with the boys I used to play with in the Parramatta team. Rugby is a real family game and it keeps us in contact,” he said.

Abbie added, “Since being selected in U13’s I’ve made some wonderful friends who are more like family.”

There may be no active competition, but players have continued working on their fitness and skills in order to be ready to go ahead when restrictions are lifted.  “I’ve been working on my defence, mainly technique, so I don’t go high in my tackles. I’m fitter and stronger than other years too. We missed our team camp at Lake Keepit by a week, due to the virus, so I’m really keen for that,” said Angus.

Fitness, passing and ball security as well as reading the game and the technicalities have been keeping Harrison busy while times are quieter.

While Abbie is missing the game and looking forward to getting back to playing with friends, she has taken the opportunity to utilise a training plan she received from a coach last year.

The disappointment that everything is on hold may be over before too long with players hoping to get a few rounds in at the end of the season and that things are back to normal by the 7 a side competition, towards the end of the year.

Leilani reflected on what she was looking forward to when the chance to play again comes around.  “Getting my fitness back up,” she said. “ Actually, getting the freedom to travel around and catch up with my friends and coaches again.”

Brandon concluded by finding something positive in even the most challenging time for rugby, “I’m working on my size, being in the forwards I really need to get a bit bigger. I have found isolation is helping with this,” he said.

Congratulations to all players.