Tributes flowed for Inverell based Senator John (Wacka) Williams who will retire from politics on June 30, after he delivered his last speech to the Senate last month. 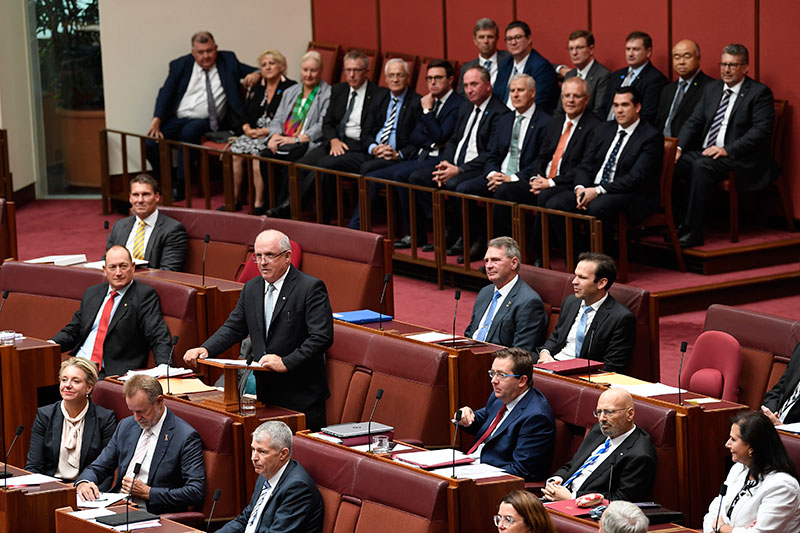 In his Valedictory speech, in front of over 250 guests in the galleries, Senator Williams summarised some of his achievements in his almost 11 years as a Senator including personally funding a rural dental scholarship, and helping victims of dodgy financial planners, liquidators, franchisers and insurance companies.

For years he worked towards and ultimately achieved a Royal Commission into Misconduct in the Banking, Superannuation and Financial Services Industry. He commended those who had worked with him, including his Senate colleagues from both sides, staff, the media and members of the public who had brought cases of wrong-doing to his attention.

Senator Williams made the point that “the Senate works a lot better than the public think.” “When the public look at the TV, they see hand grenades being thrown around the chamber – a bitter atmosphere. It is not like that at all. We work closely together on our committee work and we have achieved so much,” he said.

After his speech, Senator Williams was congratulated heartily by most of the Senators, with more than a dozen of his colleagues from the Coalition, ALP, Greens and Pauline Hansen paying tribute to him. 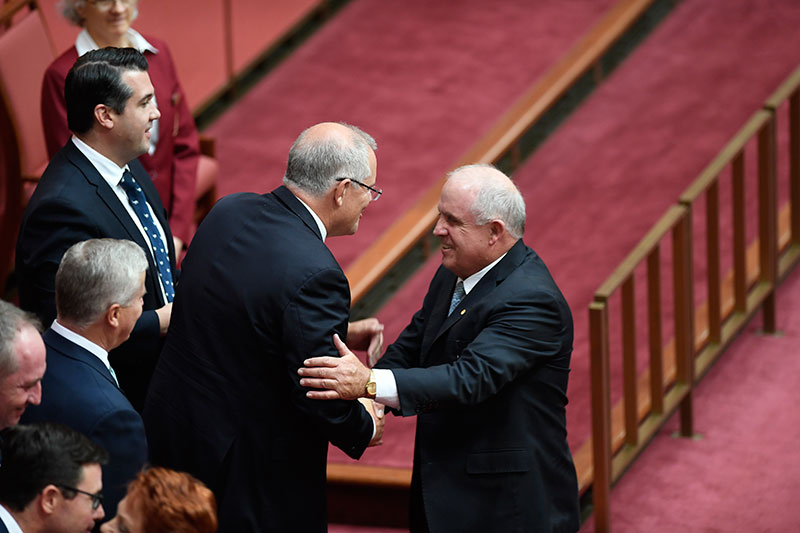 Speaking at a function after the speech, Fairfax journalist, Adele Ferguson, spoke about working with Senator Williams since 2009. “I had been on the trail of a crooked liquidator Stuart Ariff and called Wacka for comment. By the end of the call I was blown away by his directness and honesty.“When Wacka was approached by CBA whistle-blower Jeff Morris back in 2013 with a story of forgery and fraud and a cover up, he immediately called me. “It was a story that changed all our lives,” she said. “Over the years, Wacka and I were in constant contact as the banking sector, life insurance, franchise sector and the Insolvency industry were put under the spotlight.

“Years before it was popular Wacka pushed for a royal commission. It was a cause that made him extremely unpopular in some quarters but that didn’t stop him from fighting for what he believed.

“Wacka, you are in inspiration to us all. In a world of compromise and self interest you put others first, sometimes at a great personal cost to yourself. “But, you have been vindicated. You are one of the best politicians this country has ever had. Your impact on the national stage has been profound.  Our democracy will be the poorer without you in parliament, standing up for the battler, without fear or favour,” she said.