Upper Horton held its annual dog trials on the June long weekend with three days of good weather, but unfortunately the last day was washed out by 30mm of rain on Sunday night, which made the grounds too wet to work on, and organisers had to cancel the Open Yard and Arena events. 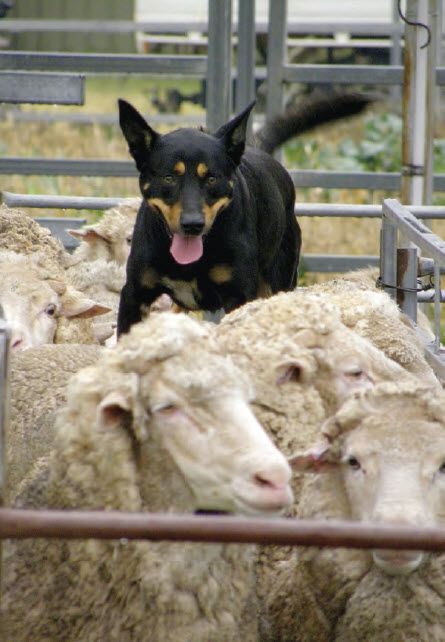 Despite the rain, Boss did his best in the Novice Yard event.

“We had record entries in all events, with the standard very high,” organiser, Barry Madden said.

“Bill Kelly and family provided the sheep, mustering on horseback each day. The sheep were in great condition, and really tested the dogs.”

The winners in the yard section were: Nicole Henry from Port Macquarie in the Encourage, Ed Gray from Armidale in the Maiden, and Adam Cabot from Barraba in the Novice.

The competitors commented that Upper Horton is the best, friendliest, trial that they compete in. “Thank you to all of the sponsors, volunteers and canteen staff that help make this trial every year a success,” Barry said.

The grounds looked at their best until rain came on Sunday.

As the Open events had to be abandoned, Barry is liaising with both associations to find a suitable date to hold a one day open final in the arena and yard trials.