Rain on Sunday brought to an abrupt halt what had, until then, been an excellent 2017 Bingara Show.

The finals of the Campdraft and several horse events were unable to be held due to the 19.5mm which fell on Sunday morning.

On Saturday, the sheep and cattle sections were both well supported, after concern earlier in the week that entries were slow coming in.

The pavilion was also well stocked with a variety of preserves, garden produce, cakes, flowers, art, photography and craft.

One visitor from Moree remarked on the variety and quality of the pavilion, saying it compared favourably with other, larger, shows in the region.

Three long-horn steers owned by John Herring, were walked to the showground on Friday, and proved interesting.

There was to be a competition to name which member of the band ‘The Highwaymen’ did not have a steer named after him. (the answer was Kris Kristofferson).

The highlight of the show was the rodeo on Saturday evening, which attracted a good crowd. Many of the people attending the rodeo came to the show especially for that event.

On Saturday, the campdraft ran smoothly, and was due to finish at about lunch time on Sunday. 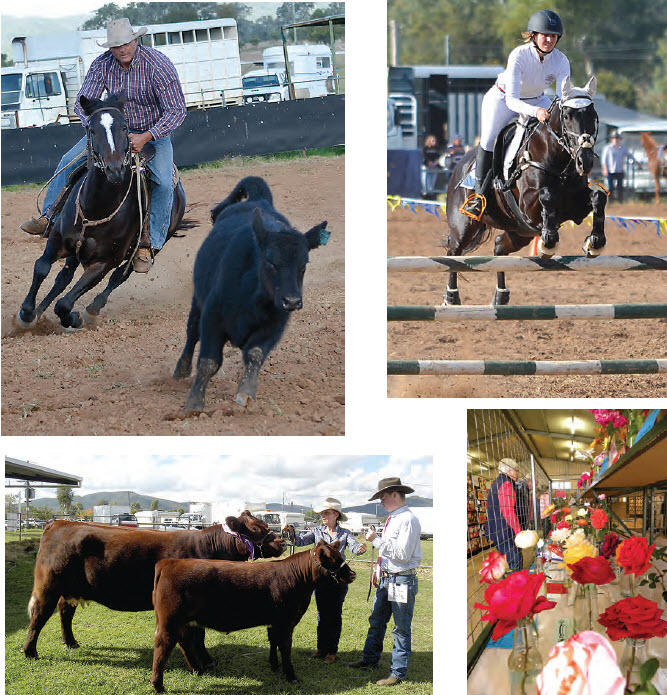