In an earlier post we saw the devastation caused by the drought in Bingara and surrounds and The Living Classroom (TLC), but we also have some good news!

A couple of days ago koala Sid Vicious, as he was named because he got a bit stroppy when some tiger pear needles were being removed from his paws, was relocated into the Eucalyptus Grove at TLC.  Reports are that he seems to has settled in well and a light spray from the hose today by Rick Hutton is helping to keep him cool in our current extreme heat conditions.

Wires volunteers Elizabeth and Ken cared for him whilst he recovered. 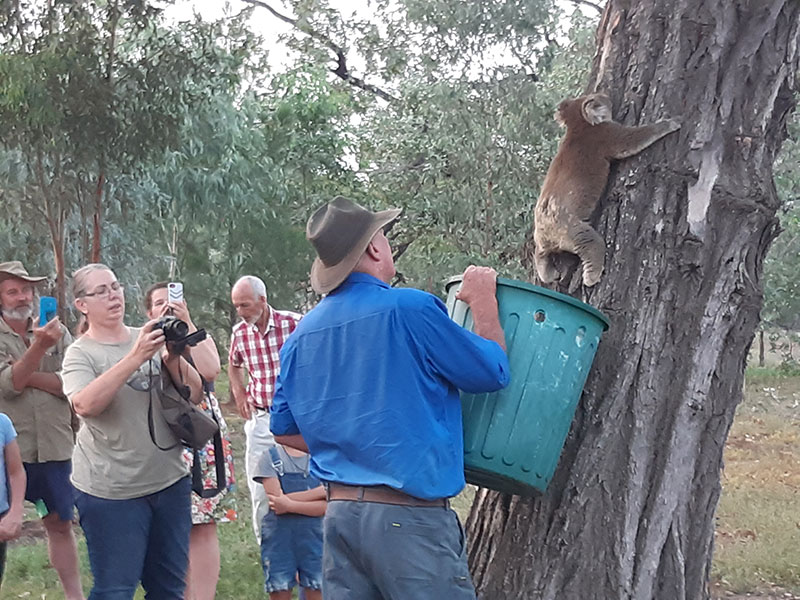 Sid Vicious being released in the safety of the Eucalyptus Grove at The Living Classroom.