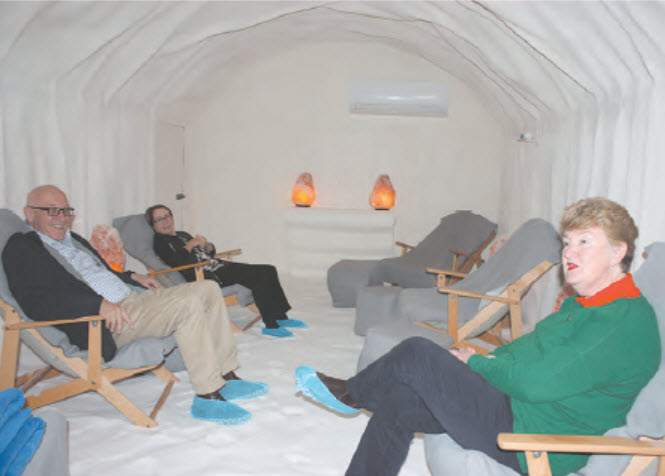 Speaking to the Council, Mr. Tudehope expressed a desire to cut red tape which, he said, prevent things happening. As an example, he cited the case of a business in the southern Highlands where it took two years for Council to approve a shed. He accepted that it is sometimes his own government which holds up approvals, and said plans are in place to ‘cut red tape’ on the government’s part.

To deal with the drought, he said, long term planning is needed. “This is the worst drought ever. Once it rains, we have to make plans for the next drought,” he said. “Agri tourism and other things  people can do on their property need to be looked at,” he said.

Ms Hobbs is making her second visit to the Gwydir Shire in a couple of months. She explained the process of retail visualisation which encourages people to step outside their business and look as a visitor, to avoid looking the same. On her last trip to Bingara, Ms Hobbs said she looked at one shop where the windows were dirty, had out-of-date signs, some of which were upside down, in the window. “What entices me to walk in?” she asked. She said towns which had practiced retail visualisation had all done better after the process. 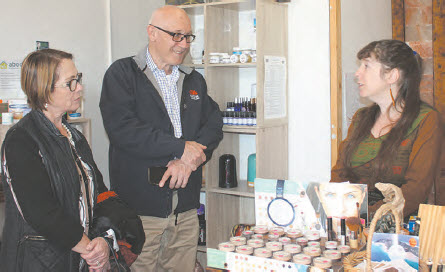 Damien Tudehope and his wife, Diane, chat with co-owner of the Sapphire Salt Cave, Sam Bremmel.

Mayor, John Coulton, asked the Minister about drought funding projects which had been undertaken. He said that the projects had, so far, been rather frivolous, and hoped that in the future, more meaningful projects which lead to real job creation could be found. He told the Minister that the Warialda Greenhouse project, which would when completed, see 300 people employed, had been knocked back.

“We have a MOU with a grower and the off-take merchant and Council, but they saw us as funding private enterprise,” Cr. Coulton said. “Council owns the site, which we want to lease to a grower,” he said.  Mr. Tudehope asked for more details about the greenhouse project, and said he would look at its merits.

After leaving the Council, Mr. and Mrs. Tudehope and Ms Hobbs explored the shops in Maitland Street, before heading to Barraba and Tamworth.