The concept of The Living Classroom and The Carbon Farm had its origins in ideas generated by the community, and represented in the “Regeneration” vision launched in 2006. This visioning process has been revisited over the last two years for the whole Gwydir shire, under the heading “Wider Gwydir 2030”.

The Living Classroom/The Carbon Farm/TCF remain integral to the vision.

The Carbon Farm and The Living Classroom – Birds eye fly-over view from the north east.  From the north east corner of TLC this flight takes you southwards, upstream from the Great Lake, over the Aussie Farm Dam Makeover project.  To the right is ‘Paradise Found’ the Mediterranean Garden. To the left is ‘Nourish’ – The Bush Tucker Garden. South of the Main Dam lies The Carbon Farm site, before the view turns back towards the sun and the buildings at TLC.

[Note: For best effect Click on the HD button and view in full screen.]

“Seed funding” for The Carbon Farm has been provided from  the winding up of Double B Beef Promotion Association Inc, and therefore represents a contribution from 72 farmers.

The Carbon Farm is currently applying for funding under the Federal Governments Smart Farming Partnerships Grant, in conjunction with our partners.

The Carbon Farm (through Starfish Initiatives) has charitable status, so donations to TCF are tax deductible. 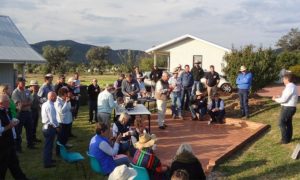 May 18 and 19 2017 saw nearly 70 guests attend the ‘Soil Carbon – the diamond in the rough!’ Workshop held at The Living Classroom (TLC) in Bingara. The Workshop, funded through the Murray-Darling Basin Regional Economic Diversity Program, showcased how soil carbon rebuilds soils, invigorates ecology and increases production and profitability.

In his welcoming address Gwydir Shire Mayor, John Coulton said, “You need to make sure that what you are doing is profitable!” By the end of the two days the delegates seemed to agree that not only was John right, but that the focus on soil carbon will lead to additional ‘profitability’ in environmental regeneration, social enhancement as well as ‘in the bank’.  [Find out more…]

The Carbon Farm is a charitable enterprise operating under the auspice of Starfish Initiatives. 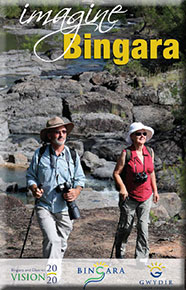 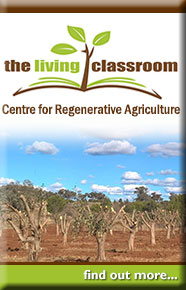