Warialda Honey Festival Committee members were delighted with the clear skies and sunny weather on Saturday for the 13th annual Warialda Honey festival, which had been rescheduled from October due to inclement weather.

Local community member and Federal Member for Parkes, Mark Coulton opened the festival and introduced the Fay Honour Working Busy Bee Awarded. Wayne and Darci Ford presented the award to Peter Hancock who was recognised for his tireless efforts in the community, and as a true advocate for Warialda.

“Peter is a very worthy recipient of this award as he is an extremely active and valued member of numerous committees and organisations in Warialda. Peter is always willing to lend a hand and make things happen” said Honey Festival committee member, Laura Carroll.

Children were entertained all day in the “Kids’ Zone” which catered for youngsters both young and old. For the little ones there was a “Toddlers Corner” where they could create art works, decorate biscuits, have their face painted, or play with toys on mats kindly donated by BizClean. For the bigger kids the amusement rides offered some great affordable fun.

“It was fantastic to see the kids playing on the field and running between the rides, while the rest of the family were relaxing on blankets,” said Honey Festival committee member, Georgia Standerwick.

Benny Nelson was back in town performing all his hits as well as new releases from his recently debuted EP, thanks to Gold Sponsor Total Ag.  “We were delighted to invite Benny back to the festival for a second year, and fans were thrilled to be able to help him celebrate his 22nd Birthday, which fell on the same day as the festival” said Honey Festival committee member, Nikki Adams. 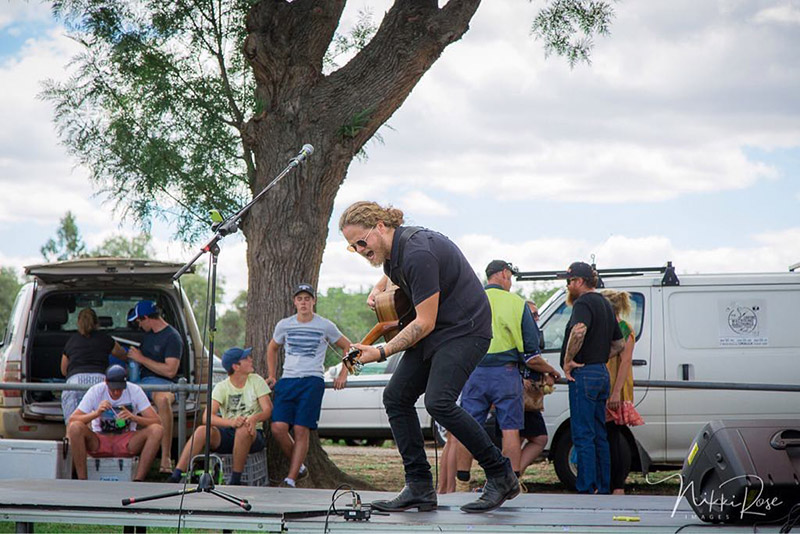 In addition to Benny Nelson there were a number of local acts on display throughout the day including a performance by Clare Mead and demonstrations by local Martial Arts and Physical Culture groups. Casey Cooper from Tingha gave an educational talk about all things ‘bees’, and Dan Wade from Inverell performed a laid back set while the sun was setting.

Many market stalls were on show including food stalls, lavender products, toys, arts and crafts, clothes, lures, honey, goat soap and so much more!

The High Tea was a sweet success with over 100 attendees enjoying the delicious delights prepared by the County of Burnett CWA.  “We had excellent numbers and lovely comments from those who attended one of the three sessions; this is our major fundraising for the year and it will be great to see these funds going back into the community,” said County of Burnett CWA member Kerry McDonald.

The Honey, I’ve Got Talent competition returned for the third year running with a diverse range of talents on display including whip cracking, poetry and musical performances.  Guest judge Adam Marshall MP was delighted to be a part of the festival. “There was outstanding talent performing here today and I’m happy to be a part of the Honey Festival which is a great event to showcase Warialda” said Mr Marshall.

It was a close competition with only a few points separating the contestants. Harrison Brooks won the Primary Category with his awesome whip cracking skills. Louisa Gilmour won the Secondary Category with her original composition, Amore Perduto (loss of a loved one) which is dedicated to Sis Plain. The Open Category was won by Jemima McLachlan who performed Rip Tide (by Vance Joy). 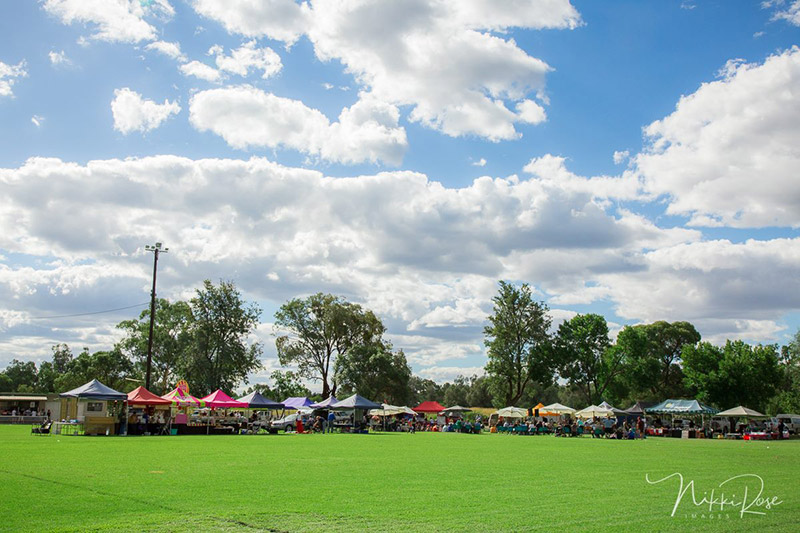 The festival has suffered a number of setbacks in the last few years; in 2016 organisers were forced to relocate to their “Plan C” venue at the town hall after both the Recreation Ground and the Showground were inundated with water. In 2017 heavy rains again threatened the festival and organisers shrewdly rescheduled to March 2018 to avoid financial loss.

A relocation of the festival from the Main Streets to the Recreation Ground also caused controversy with the misconception that this decision was not supported by retailers, however, in a poll performed in 2016 the move was resoundingly supported by the majority of business owners. The festival is set to return next year in March, bigger and better with the festival coordinators keen to build the event.

“We have had a rough couple of years, but after positive feedback following Saturday’s event, we are keen to build the festival and honour the vision of the festival founders Deb and Natasha Ford who started the festival over 13 years ago.

Moving the festival to the Recreation Ground was a tough decision, but after holding our first successful event at that location we believe it was the right decision. The CBD lacked the space to grow the festival and with a major arterial road running through the event, it became harder and harder to get the road closure approved by the police and traffic authority. It also posed a huge safety issue with large numbers of small children and moving vehicles in a confined space.

We’d like to thank everyone who attended the festival for their support as well as the essential support of the sponsors, volunteers, and committee members. Without your help, we would not have been able to host such a successful event,” said Honey Festival committee member, Georgia Standerwick.

Organisers urge anyone interested in being a part of the festival organising committe to contact the Warialda Visitor Information Centre on (02) 6729 0046 or email warialdatourism@gwydir.nsw.gov.au