What can one person do to combat the forces of climate change and globalized industry? Quite a bit, as director Benedikt Erlingsson would have us believe in Woman at War, the Icelandic story of a brazen and bold activist who destroys power lines and takes down factories as a battalion of one against forces far, far greater than her.

Halldóra Geirharðsdóttir is Halla is a mild-mannered choir director most days. Other days, she’s the perpetrator of industrial sabotage that’s so perfectly executed it would be impressive if it weren’t so destructive. Halla, as a clandestine eco-activist, plans to disrupt the operations of a Rio Tinto aluminium plant in the Icelandic highlands, purposely damaging electricity pylons and wires to cut their power supply. The film begins as she manages to cut the power to a Rio Tinto aluminium plant with the help of her archery skills.

Nearing 50, single and without children, Halla is apparently eager to have an impact one way or another on the injustices and poor decisions of her government and country.

As a film about a woman unapologetically burning down the system and its patriarchy Director Erlingsson and co-writer Ólafur Egilsson expand our understanding of Halla’s world.

This includes the fact that she had recently applied to adopt a child and, just as her activism hits high gear, she gets word that she has been matched with a young girl from Ukraine. In an instant, all of Halla’s boldest acts shrink in comparison to this newest potential role, that of a mother.

On the day, that the long-forgotten application to adopt an orphan child from Ukraine is approved the government ramps up police and propaganda efforts in order to catch and discredit Halla. The film revolves around her attempts to reconcile her dangerous and illegal activism with the upcoming adoption. All the while, the film’s soundtrack, consisting of a three-man band and Ukrainian traditional singers, interacts with the plot and characters.

Woman at War was shown at the 2018 Cannes Film Festival, in the International Critics’ Week section, where the screenwriters won the SACD award. The film won the Nordic Council Film Prize[11] and the Lux prize award of the European Parliament for 2018.

Peter Bradshaw, for The Guardian, praised Halldóra Geirharðsdóttir’s ‘attractive and sympathetic performance’ as Halla. Jay Weissberg, for Variety, called the film ‘a delightful follow-up to Of Horses and Men’, and praised the director for ‘arranging beautifully shot picaresque episodes around a central figure who lives the ideals of the heroes she has hanging on her wall, Mahatma Gandhi and Nelson Mandela’.

‘Woman at War’ will show at the Roxy Theatre in Bingara at 4pm on Sunday May 2 and is Presented by the North West Theatre Company’s Film Club. 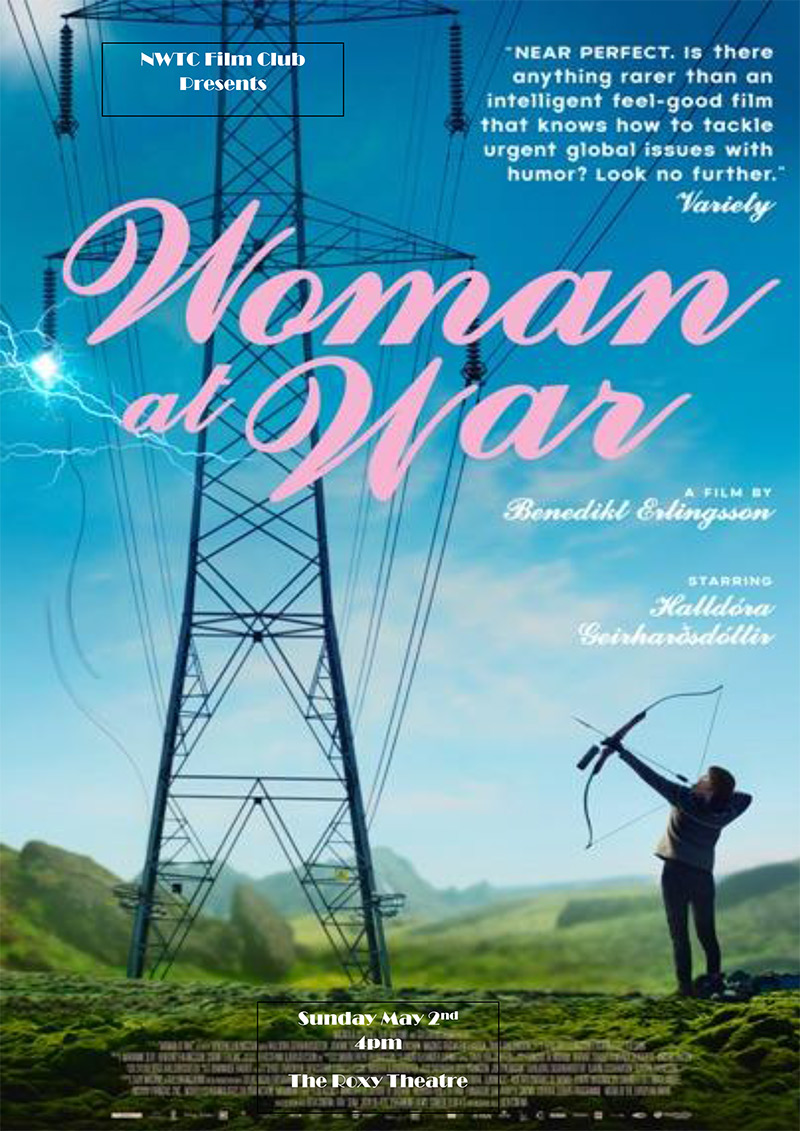